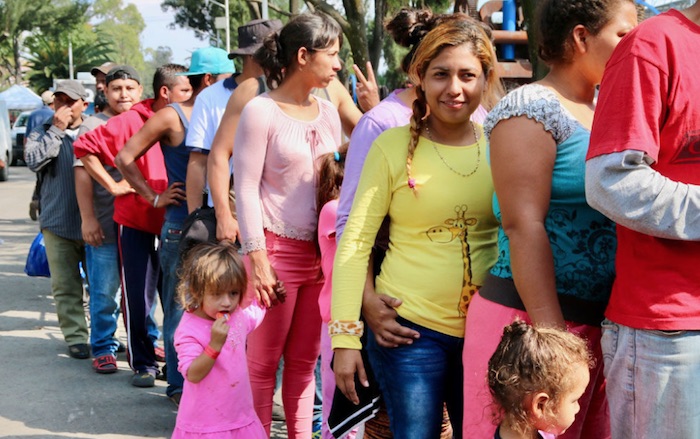 As of July 1, the Border Patrol has rescued more than 3,600 families and individuals along the border in fiscal 2019, according to the DHS. The Border Patrol takes an average of 80 people to the hospital per day during the current fiscal year, which began last October.

A substantial increase in medical and humanitarian care has followed the surge of illegal immigrants at the U.S.-Mexican border, according to Department of Homeland Security statistics.

As of July, the department had deployed about 200 more medical professionals to the southwest border than it had at the end of 2018.

Amid sharp criticism of U.S. Border Patrol agents from a number of politicians and activists about attending to the health needs of illegal immigrants, Homeland Security asserts, “No law enforcement agency in the country provides more medical support or lifesaving rescues” than the Border Patrol.

As of July 1, the Border Patrol has rescued more than 3,600 families and individuals along the border in fiscal 2019, according to the DHS. The Border Patrol takes an average of 80 people to the hospital per day during the current fiscal year, which began last October.

The Daily Signal reported in May about efforts by Texas-based Border Patrol agents to save the lives of illegal immigrants crossing the Rio Grande River, which separates the U.S. from Mexico.

Department of Homeland Security officers and agents, some working even while off duty, also provided about 6 million meals to immigrants since January, according to the department. Some of the staffers, with their own money, bought toys for migrant children.

The summer of 2019 has had higher apprehension rates than previous years, according to a DHS comparison that measured nine weeks from May through mid-July.

The department reported reaching 35,062 apprehensions on the southwest border in the week ending June 2. That leveled off by the weekend ending July 14 to 19,057.

“After a 45-year low in the number of apprehensions at the border, we have seen an alarming increase in apprehensions over the past year, and a shift in the demographics of those attempting illegal entry,” U.S. Border Patrol Chief Rodolfo Karisch said in July 2018.

The department directed medical checks of children ages 17 and under as they come into U.S. custody, Kevin McAleenan said on Dec. 30, 2018, when he was still commissioner of Customs and Border Protection. He is now the acting Homeland Security secretary.

“That’s not a capacity we’ve had in the past. We’ve checked everyone we currently have in custody,” McAleenan said at the time in a statement.

“But we’re also trying to … really change the system so that we have the capacity—either with doctors, physicians assistants, paramedics—to do an initial intake check so that we know if a child is healthy as they arrive at the border and then make sure they can get medical care if they need it.”

Since December, 38 medical officers and 74 health services technicians have supported the DHS surge operations on the southwest border.

As of July 12, nearly 200 more contracted medical professionals have been sent to the border than in December. It was prioritized based on the unaccompanied minor and family unit apprehensions.

A division of the Department of Health and Human Services, the U.S. Public Health Service, has deployed more than 300 providers, including 28 pediatricians, to the border.

Also, since December, the Department of Homeland Security has consulted medical professionals and professional organizations, including contracted doctors from Harvard University, Columbia University, and the American Academy of Pediatrics.