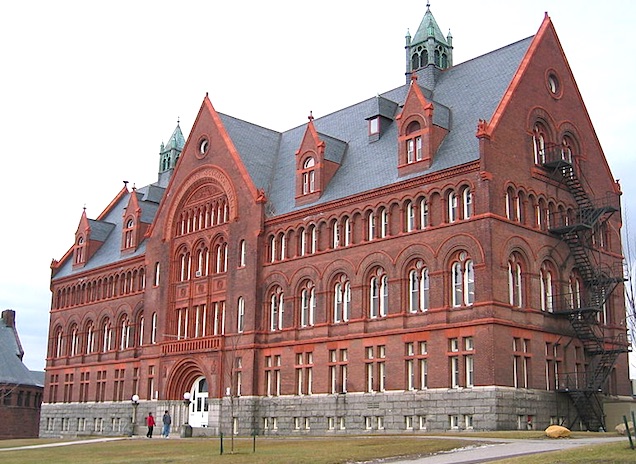 HEALTH CARE COSTS: The sharply rising cost of health care premiums is putting labor relations at the University of Vermont to the test.

BURLINGTON, Vt. — According to United Academics, a union that represents University of Vermont faculty, labor contract negotiations are approaching the mediation stage, and a health care premium increase of almost 6 percent is a primary point of contention.

“A 5.8 percent hike in premiums means about 20 percent of the proposed 2 percent raise will go to cover health care increases, leaving our net raise under cost of living increases,” union president Tom Streeter said in a statement.

“For many faculty, it will mean no raise at all,” he added.

A recent op-ed by UVM history professor Felicia Kornbluh laid out the crux of the conflict from the perspective of faculty.

“For some lecturers and other faculty making less than $50,000 per year, the administration’s most recent financial proposal would actually result in a diminution of total compensation in this academic year, once the effects of the small wage increase and substantial health care premium increase are combined,” Kornbluh wrote.

“One principle of United Academics’ bargaining has been — and remains — that the union will not accept a package of salary and health care changes that results in any member experiencing a decrease in compensation.”

Streeter, a sociology professor, was hired in 1989. He told True North the university was in a similar predicament more than two decades ago.

“The effect in the 1990s on campus was enervating,” Streeter said. “Young faculty often left, and those who stayed behind felt little motivation to throw themselves into their jobs. It wasn’t just that there was no financial incentive, it was that the administration’s attitude told us that nobody cared about our work.”

Streeter suggested that a sub-inflation raise will hurt the university’s competitiveness and ranking. He noted national studies indicate that UVM is only spending $1 out of every $3 on research and instruction.

“The University has the resources to provide competitive salaries but unfortunately has other priorities,” Streeter said. “Union members are fighting to keep the university’s reputation intact and are prepared to speak up and bargain resolutely.”

“UVM has a longstanding commitment to providing high quality health care coverage at a reasonable cost to its employees and retirees. Honoring this commitment requires that we conduct an annual review and analysis of our health care plans, and make adjustments as necessary,” Corredera said.

“This review assesses many factors such as claims experience, trends, specialty drugs, technology, and the demographics of the employees, retirees and dependents covered by the plan. Based on this year’s review and analysis, the rate increase for our medical plans will be 5.8 percent, effective January 1, 2018.”

He added that it’s important to note that the share of the cost increase will apply to each employee on an income-sensitive basis. The table found at this link illustrates the cost shares per income level.

Rising premiums are a statewide matter impacting all levels of academia. As reported in the Burlington Free Press:

The Vermont Education Health Initiative, the nonprofit organization that offers health plans for virtually all school employees in the state, announced the proposed monthly premiums for four health insurance plans on Friday. The increases range from 6.4 percent to 17.2 percent and must be approved by the state Department of Financial Regulation.

The union is holding a rally at noon on Nov. 2 at UVM. The first mediation session is scheduled for the same day.