“Today’s ruling by the Supreme Court provides great relief for churches and places of worship,” Liberty Counsel founder and Chairman Mat Staver said of the ruling.

Liberty Counsel is representing Harvest Rock Church and Harvest International Ministry in their lawsuit against the state.

“The handwriting is now on the wall,” Staver added. “The final days of Governor Gavin Newsom’s ‘color-coded executive edicts’ banning worship are numbered and coming to an end. It is past time to end these unconstitutional restrictions on places of worship.” 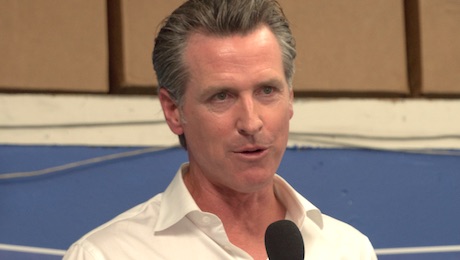 Justice Elena Kagan had given Newsom’s legal team until Saturday, and then until Monday, to respond to the churches’ emergency petition. On Tuesday, the plaintiffs filed their final reply. And Thursday, the court granted the plaintiffs’ request for an injunction pending appeal.

“The application for injunctive relief, presented to Justice Kagan and by her referred to the Court, is treated as a petition for a writ of certiorari before judgment, and the petition is granted,” the court said in its ruling. “The September 2 order of the United States District Court for the Central District of California is vacated, and the case is remanded to the United States Court of Appeals for the Ninth Circuit with instructions to remand to the District Court for further consideration …”

The district court originally denied the churches request for an injunction on Newsom’s shutdown order, and the appeals court upheld that initial ruling.

But citing a similar ruling in a New York case from last week, the Supreme Court tossed the appeals court decision and ordered it to remand the case back to the district court for further consideration.

The restrictions against houses of worship in California are more severe than those in New York, Liberty Counsel argued. Newsom’s orders banned all in-person worship for 99.1 percent of Californians, the nonprofit religious freedom organization said.

Harvest Rock Church has multiple campuses in California, including in Pasadena, Los Angeles, Irvine and Corona and its Harvest International Ministries has 162 member churches throughout the state.

The Code Enforcement Division for the City of Pasadena and the Criminal Prosecutor have threatened criminal charges, fines and closure of Harvest’s ministries for allowing people to worship against the governor’s and local health agencies’ orders. They have been threatened with up to one year in prison, daily criminal charges and $1,000 fines against the pastors, staff and parishioners.

These threats and charges are now on hold.