The Bureau of Labor Statistics released the June jobs report Friday, showing that the economy added 213,000 jobs in June, beating expert predictions, and signaling the booming economy is attracting more people back into the workforce.

The unemployment rate inched up 0.2 percent, matching the increase in labor-force participation, which is the percent of the population that are either employed or seeking employment. In other words, the rate is up because more people are now interested in working, not because number of jobs are decreasing. 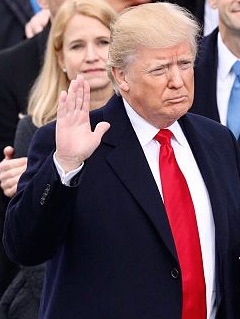 As part of his campaign promises, President Donald Trump pledged to get America’s economy started again and bring back jobs.

There have been 95,000 mining jobs added since an all-time low in October of 2016, and manufacturing has added 362,000 jobs since Trump took office.

To keep with the positive, April and May job numbers were revised up, showing that employment gains combined were 37,000 more than previously reported. After these revisions, job gains have averaged 215,000 per month since the beginning of the year.

The big news of the day, however, is that the labor force participation rate grew by over 600,000 jobs. That rate is now62.9 percent, up from 62.7 percent in May, and the number of discouraged workers is down by 155,000 from a year earlier.

This increase in the labor force is good news for employers who have been facing very tight labor markets.

While the increase labor force participation rate is a positive, there are still over 95 million Americans not in the labor force. In fact, there are now more jobs open than people to fill them according to Bureau of Labor Statistics datareleased last month.

Though baby boomer retirements contribute to the low participation rate, even among prime-aged workers, the rate is overall low.

As the economy grows, better jobs and higher wages will draw a larger fraction of the population into the labor force.  To ensure that the economy continues to grow robustly, businesses need rational tax policies that reward investment.  In addition, businesses will expand when they no longer fear costly and capricious regulations.

The Trump administration, so far, has delivered in the areas of tax cuts and regulatory reform.  However, the looming trade war could undo much of this good work.

Though business confidence is at an all-time high, it is imperative that four things happen:

If the Trump administration and lawmakers work together on these matters, our economy will continue to boom.