A final rule change has been implemented by the Trump administration to ensure that Medicaid providers receive complete payments as required by law.

The Centers for Medicare & Medicaid Services (CMS) within the Department of Health and Human Services (HHS) released the Medicaid Provider Reassignment Regulation final rule that removes states from being able to divert portions of Medicaid provider payments to third parties – including unions – outside of the scope of what the statute allows. 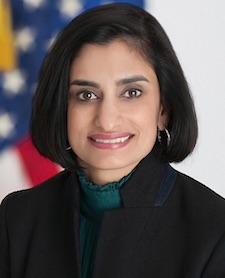 Seema Verma is the 15th administrator of the Centers for Medicare and Medicaid Services.

The final rule came after CMS considered more than 7,000 comments from the public, healthcare providers, unions, state agencies, and advocacy groups during the public comment period after the changes were proposed.

“State Medicaid programs are responsible for ensuring that taxpayer dollars are dedicated to providing healthcare services for low-income, vulnerable Americans and are not diverted in ways that do not comply with federal law,” CMS Administrator Seema Verma said in a statement. “This final rule is intended to ensure that providers receive their complete payment, and that any circumstance where a state redirects part of a provider’s payment is clearly allowed under the law.”

Section 1902(a)(32) of the Social Security Act generally prohibits states from making payments for Medicaid services to anyone but the provider. But states have taken advantage of loopholes related to specific exceptions including paying non-providers, critics note. While exemptions to the rule included payments to employees, medical facilities and billing agents, they also allowed labor unions to skim about $200 million in dues from employees in 11 states from Medicaid and other government assistance programs, according to a Mackinac Center for Public Policy report.

“Congress created Medicaid to exclusively fund care to the elderly and disabled, not fund labor unions,” Trey Kovacs, a labor policy analyst at the Competitive Institute argued in The Hill. “But powerful labor unions like the Service Employee International Union (SEIU) and American Federation of State, County, Municipal Employee union have turned this publicly funded assistance and other programs into effectively their own personal slush fund.”

Labor unions were siphoning off more than $100 million every year from Medicaid payments intended for homecare providers, Kovacs, said in a statement after the rule finalization was announced.

Under the Obama administration, CMS revised the Medicaid Provider Reassignment Regulation to include a new exception to the direct payment requirement for certain providers, including independent in-home personal care workers. As of 2014, the new regulatory exception authorized states to make Medicaid payments to third parties on behalf of certain providers.

The Trump administration has ended the practice, arguing, “the new exception created by the 2014 rule is not authorized by the statute and may have resulted in provider payments being diverted in ways that do not comport with the law.”

States and unions have not been following the law, Kovacs notes, even after the U.S. Supreme Court ruled in Harris v. Quinn that it was unconstitutional for states to require home care aides and family child care providers to pay dues as a condition of employment. Still, caregivers who are still paying union dues and never authorized the payments have the right to opt out, Kovacs notes. They can do so by submitting a letter to the union requesting to opt-out of the union’s dues payment scheme.

Images courtesy of Flickr/401kcalculator.org and U.S. Department of Health and Human Services