The Trump administration is asking the Supreme Court to hear a case on including a citizenship question on the 2020 census.

Last week, federal Judge Jesse M. Furman of the Southern District of New York ruled the Census Bureau could not ask about citizenship. The judge ruled the question would lead to undercounting illegal residents and Hispanics.

“This is the right step for the administration to take, as the 2020 census needs to be printed soon. The United States is a nation-state constituted to safeguard the rights of American citizens, and the only distinction colorblind government should take note of is citizenship. It is irrational that the census can ask a question on race, ethnicity, sex and everything else, but not citizenship,” says Mike Gonzalez, a senior fellow at the Douglas and Sarah Allison Center for Foreign Policy at The Heritage Foundation. 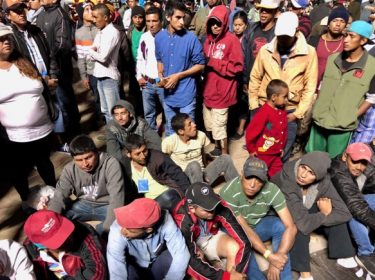 Currently, all 50 states count the entire population when it comes to redistricting for state legislative seats. However, based on a 2015 Supreme Court ruling, states would be allowed to set their own standards—such as citizenship or even registered voters—so long as the standard is uniform and complies with the 14th Amendment.

On Tuesday, the Trump administration moved to bypass the appeals courts, and take the issue straight to the Supreme Court, given the urgency to prepare the U.S. Census. The case would normally be appealed to the U.S. Court of Appeals for the 2nd Circuit.

“Time is of the essence,” Hans von Spakovsky, senior legal fellow with The Heritage Foundation, told The Daily Signal. “It takes a long lead time to print the millions of census forms.”

He noted bypassing the regular appeals process is a very rare request and very rarely granted.

Von Spakovsky and Gonzalez published an op-ed in The Daily Signal Saturday, saying, “The administration must wage a fierce fight to get this decision overturned,” referring to Furman’s ruling.

Solicitor General Noel Francisco petitioned the court, arguing, the “case is of such imperative public importance as to justify deviation from normal appellate practice and to require immediate determination in this Court.”

The plaintiffs challenging the citizenship question include several advocacy groups, 18 states, and several cities and jurisdictions.

Currently, all 50 states count the entire population when it comes to redistricting for state legislative seats. However, based on a 2015 Supreme Court ruling, states would be allowed to set their own standards—such as citizenship or even registered voters—so long as the standard is uniform and complies with the 14th Amendment, said Logan Churchwell, a spokesman for the Public Interest Legal Foundation.

The organization has filed an amicus brief on the side of the administration in the case.

“Without citizenship data in the census, where you live determines the protection you have under the Voting Rights Act,” Churchwell told The Daily Signal.

Churchwell said citizenship data would also make it easier for the Justice Department to know whether to investigate if certain maps are drawn in a constitutional way, in compliance with the 14th Amendment.

He said counting noncitizens or illegal immigrants also disproportionately harms African-American voters by making Hispanic districts larger and decreasing the size of predominantly black districts. He pointed to the Los Angeles City Commission as an example.

Commerce Secretary Wilbur Ross, who oversees the Census Bureau, announced the policy to include a citizenship question last year. The plaintiffs sought to stop the case from proceeding until litigation was solved on whether Ross could be compelled to testify. The Supreme Court ruled last week that it would not stop the trial from going forward over the dispute about the Ross testimony.

There are separate cases in Maryland and California litigating the same matter, The Washington Post reported.