The treasurer of the Board of Directors of EcoHealth Alliance, the not-for-profit associated with coronavirus research in Wuhan, China, is a Vermont veterinarian.

Frederick “Rick” Baum joined the board of directors in 2018, according to an EcoHealth alliance statement. He is now listed as the Treasurer of the Board of Directors.

The organization bills itself as “a nonprofit organization working at the intersection of animal, environmental, and human health on a global scale” that is “dedicated to a ‘One Health’ approach to protecting the health of people, animals and the environment from emerging infectious diseases.” One Health science studies zoonotic diseases, “which are diseases that can spread between animals and people,” the CDC website says. 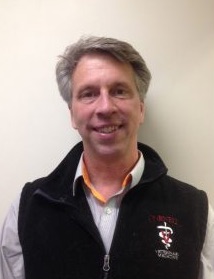 Dr. Frederick Baum, Treasurer of the EcoHealth Alliance Board of Directors

The EcoHealth Alliance website comments on coronavirus research conducted in Wuhan in 2019. In January 28, 2020, it released information about a “coronavirus genome from a case of a respiratory disease from the Wuhan outbreak.” That’s the last posting about the Wuhan flu that later became known as Covid-19.

EcoHealth Alliance may have played a key role in the alleged ‘gain of function’ research leading to the emergence of Covid-19 in Wuhan, China, critics say.

“Dr. Baum is the owner and director of Arlington Animal Hospital in Arlington, Vermont. He also works as an emergency veterinarian and has previously practiced in Maine and New York City. Dr. Baum holds a DVM from Cornell University, as well as an MBA from Rensselaer Polytechnic Institute,” his EcoHealth Alliance bio reads.

“He is also active with the Veterinary Information Network Foundation which provides support for veterinarians all over the world. The dramatic changes in our wildlife, public health, and environment require active participation on a broad scale. ‘I joined the Board to become part of an energetic and dynamic team committed to scientific discovery, clearer identification of environmental and health related issues, and the development of inclusive solutions on both a local and international level,’ remarked Dr. Baum.”

The Arlington Animal Hospital website cites the owner’s EcoHealth Alliance connection: “He also serves on the board of directors of the Ecohealth Alliance in New York City.”

Baum has not yet returned a VDC email asking to discuss his EcoHealth Alliance involvement. However, VDC last week did notify a staff member for Sen. Becca Balint, whose campaign platform declares a commitment into independent oversight of laboratories to prevent another pandemic, of Baum’s involvement with EcoHealth Alliance. Balint’s home and Baum’s practice are about an hour’s drive away, and perhaps Balint might want to visit with Baum sometime to discuss pandemic prevention and laboratory oversight, VDC suggested.