While the state government doubles down on implementing forced school district mergers called for under Act 46, individuals, groups, and whole towns and school administrators are pressing back, with some school administrators and local leaders threatening to close down schools rather than subject them to the Act 46 process.

On Aug. 9, the Danville School Board voted to express its desire to remain an independent school district within the Caledonia Central Supervisory Union (CCSU), rather than merge with Cabot as recommended by the former acting Education Secretary Heather Bouchey. The Agency of Education rejected proposals by Danville and Cabot to remain independent, stating that the two towns’ alternative governance structure proposals failed to meet the standard prescribed by Act 46. 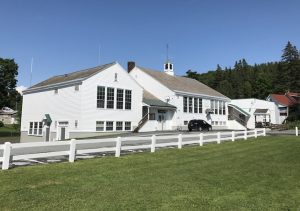 Last year, Danville, Cabot, Marshfield and Plainfield rejected a plan to merge their districts. A fiscal analysis commissioned by Danville and Cabot estimated that Danville residents would see a tax increase of about 6 cents per $100 in assessed value, and Cabot residents would see an increase of about 14 cents per $100. While alternative solutions — like reorganizing supervisory unions so that Cabot and Danville would fall under the same umbrella — have been discussed, the state government remains unmoved.

In Groton, a petition challenged the constitutionality of forcing the Blue Mountain Union (BMU) school boards to merge with Orange East Supervisory Union (OESU). Like other school boards across the state, the BMU school boards are opposed to merging with another district on principle and vocally wish to remain an independent district, but money issues have become an added sticking point in the ongoing discussions and proposals — merging would mean that BMU would assume the burden for OESU’s $1.7 million debt.

The petition, started by Groton resident Mark Gleicher, proposed two questions be put to a vote: Shall the legal voters of the town authorize the assumption of any debt originating from a merger with the Orange East Supervisory Union, and shall they authorize conveyance of any portion of their in trust in the property currently occupied Blue Mountain Union to the newly consolidated Orange East supervisory Union (under state law)? In the Caledonian Record, Gleicher said “the forced taking on of debt would be unconstitutional” and “a tax not agreed to.”

But like Cabot and Danville, Bouchey also recommended that BMU and OESU merge. The petition, which received 13 more signatures than legally necessary, was presented and accepted by the Groton Select Board, which has scheduled a vote on the questions proposed by the petition on Sept. 17. Last week, the voters in the BMU district voted by a margin of 443 to 183 to close the district’s high school to prevent a merger from occurring.

Vermonters for Schools and Community, a group opposed to forced consolidation, held a rally on Aug. 15 in Montpelier to both protest the implementation of Act 46, as well as bring attention to a report authored by the group that details problems caused by forced mergers. The report gives a rationale for how the secretary’s recommendations violate the letter of the law, and proposes changes that the General Assembly and the State Board of Education could make to ameliorate these issues caused by Act 46 implementation.

For its part, the state government has been holding public hearings in towns affected by the changes mandated by Act 46. The first was held in Newark in July, where local leaders first had an opportunity to voice their concerns and opposition to the consolidation plan. A hearing in southern Vermont will be held in September. Small towns like Brighton and Charleston, which already cooperate and share resources object to being forced to merge when they already co-manage so many responsibilities. On Sept. 12, the two towns will convene town meetings to hold a referendum on the merger. Further north, Derby and Holland have been recommend to merge and also have town meetings scheduled, but Holland school officials have singled that they may close the school in order to prevent the school building and property from being expropriated from the town by the proposed merger district.

Similarly, several towns are beginning the process of closing their public schools and re-opening them as private institutions under a voucher system. Towns such as Windham, Franklin, and Barnard have all examined this avenue as an option. Many proponents refer to North Bennington, which successfully privatized its schools in 2013, but critics — including the chair of the State Board of Education — say that closing or privatizing schools just to retain a school board may result in limited choices, declining enrollments and transportation issues.

5 thoughts on “Opinion: Towns doing well in pushing back against Act 46 mergers”