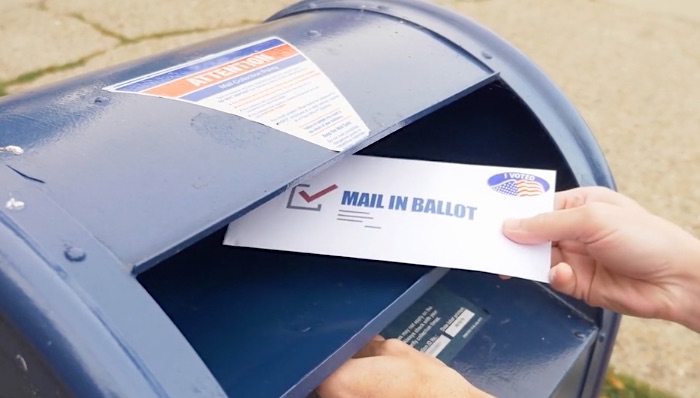 COMING BACK: The town of Colchester has received at least 300 mail-in ballots that came back as undeliverable. Other towns are experiencing similar issues.

In Colchester, Town Clerk Julie Graeter has reported receiving at least 300 ballots that have arrived to her offices as “undeliverable.”

“We’ll be going through them finding the reason [they came back],” she told True North in a phone interview.

When a ballot bounces back as undeliverable, Graeter said, it means the address has not been updated on the voter checklist. The person may have moved away or died, and there is no mail forwarding to send the ballot on to a current address.

“It’s not an uncommon thing,” she said.

Linda Parent, town clerk of Richmond, says her office received about 75 ballots back as undeliverable as of Oct. 2. She said sometimes it happens because renters move out and they don’t update the post office or alert the clerk.

Parent added that these ballots are not likely to fall into the wrong hands.

“They are coming straight back to me and right back into the vault, so I have no concerns at all that they are going to go anywhere,” she said.

One safeguard Vermont has to help prevent voter fraud is individuals must sign a form verifying that they are the person casting the vote. However, many town clerks, including Parent, say there is no way to verify those signatures, so the anti-fraud mechanism can’t be enforced.

“We don’t have copies of their signatures or anything,” she said, but added that in small towns clerks often know the person who cast a vote.

“I do trust that you can tell where it came from, you can tell who’s it was,” Parent said. “I don’t see any that appear to be fake or using somebody else’s ballot.”

Lisa Walker, the town clerk for Stowe, said the number of ballots available for in-person voting is limited.

“We do have limited ballots available just in case there are some new registrations or, you know, someone lost their ballot,” she said. “So they fill out a form and they can receive another, but they would have to sign an affidavit saying it wasn’t in their possession.”

Once someone has requested an additional ballot, Walker said, the initial mailed ballot cannot be turned in.

“They wouldn’t be able to vote the second one because once we’ve received the ballots back we log it into the elections data system,” she said. “So if someone were to fill out one, once they cast their ballot, it’s gone, it’s been entered.”

Like Parent, Walker said her office doesn’t compare signatures for ballots coming in by mail.

“No we don’t track people’s signatures,” she said. ” … That would be an extreme amount of work to put on the clerk to match every signature with someone’s previous signature.”

As for ballots returned as undeliverable, Walker said her office had received 50 as of Oct. 2.

In St. Albans, Town Clerk Anna Bourdon noted that her office is able to match the signatures on incoming ballots because they have signatures on file.

“Oh yeah it’s possible,” she said. “I have every single application since dating back a long, long time. “I mean, I know pretty much all the people in town [because] I’ve been here since 1983. I know the new people coming in that are registering online and I have access to their signature when they upload their documents.”

Overall, Bourdon doesn’t have many concerns with the expansion of mail-in ballots.

“I think everything is going to go pretty well — it went pretty well during the primary,” she said.

3 thoughts on “Town clerks are getting hundreds of returned ballots”