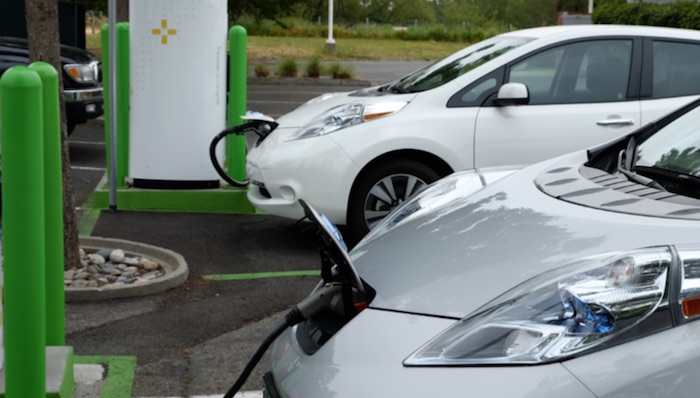 Electricity is not an energy source; it’s just a way to move energy from place to place! Obviously, before electricity can move a car, the electricity must be generated somehow.

According to the US Energy Administration Agency, in 2020 40% of US electricity was produced by burning natural gas, 19% from coal, 20% from nuclear, 13% from wind and solar, 7% from hydro, and 1% from petroleum. When we plug in our electric cars, we create a new demand. In the short-term, that new demand will almost always be met by burning more natural gas since you can’t tell the sun to shine brighter or the wind to blow harder. Coal and nuke plants don’t spool up quickly and there is only so much water available behind the dam. In practice electric cars are natural gas cars except not quite as efficient because of electrical transmission losses.

“Yeah, but…” say the proponents of subsidies for electric cars, “more solar and wind is being built so eventually those cars will be running on renewable energy.” Trouble is that by the time we get to eventually, this generation of electric cars and their lithium batteries will be somewhere in the waste stream. “Yeah, but…”, say the subsidy proponents, “at least 20% of the energy for these cars is coming from renewables.” But a new electric car doesn’t create a greater supply of renewable energy. If it happens to use electrons which came from a solar panel, something else won’t be able to use those electrons and they will almost certainly be replaced by more electricity generated from natural gas.

I have both solar panels and a plug-in hybrid. I received subsidies for both; but I’m only reducing emissions once. If my “clean” electricity goes to power my car, then I’m not reducing the overall load on the grid. If my solar-generated electricity goes into the grid, then my car is running on non-solar electricity. Neither subsidy actually influenced my decision, which may be the case with many early adopters.

Electric cars are going to happen even without subsidies. From an engineering point of view the development of electronic controls means that electric cars increasingly have capabilities that combustion engines can’t match. There will be very little fossil fuel used to generate electricity if we regain our sanity with respect to nuclear energy. If we really build back better, we’ll also have an electric grid which is safely decentralized, efficient, and hardened so that we can afford to rely on it for much of our energy needs.

Our security and the grid will be endangered if electric car adoption outstrips the energy available to power them and the ability of the grid to transport that energy. We want to prepare for more electric cars by building a better grid and adding new supply including nuclear. But we don’t want to subsidize electric cars or force their premature adoption.

Image courtesy of Vermont Agency of Commerce and Community Development