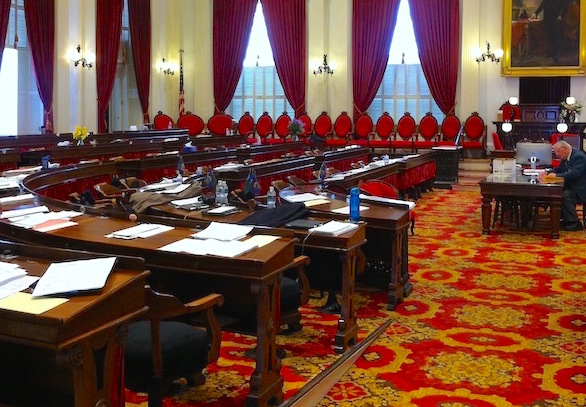 With the dust beginning to settle after Election Day, top Republicans are assessing the damage to their party in lost seats and leverage, including the ability to sustain a veto by Gov. Phil Scott.

In takes 51 votes in the House to sustain a governor’s veto. Following Tuesday’s blue wave in Vermont, Democrats and Progressives combined now have 102 seats, versus just 43 for Republicans. The GOP last legislative session had enough members to sustain Scott’s vetoes of a minimum wage increase, paid family leave, and other left-wing policies.

But going forward Republicans will need help from five independent House members plus some Democrats if they are to uphold any veto from Vermont’s  Republican governor.

ANYTHING GOES:  Vermont GOP Vice Chairman Brady Toensing said without the ability to uphold a veto from Gov. Scott, Republicans are virtually powerless to stop the progressive agenda.

Brady Toensing, vice-chair of the Vermont Republican Party, blamed the GOP losses on Scott’s decision to sign S.55, the controversial new gun law that expands background checks, limits magazine capacity and more. He suggested this discouraged party members and may have influenced some to retire.

“This is where the true impact of the magazine ban comes into play,” he said. “It’s [Wednesday], the day after the election when the smoke clears, and you see that there are very few Republicans left. It was totally predictable.”

He added that the Democrats’ hatred of President Donald Trump — despite positive economic developments stemming from his tax cuts — also hurt Vermont Republicans.

“The Democrats were clearly inspired in their irrational hatred of the president and his policies, despite it giving us a $60 million unexpected surplus and an incredible booming economy. It’s really remarkable, but hey, you can’t argue with irrationality.”

Toensing was also critical of the fact that Scott doesn’t give Trump any credit.

“The governor can’t bring himself to credit the national Republicans with this windfall,” Toensing said.

As far as where the Republican party goes from here, with the House chamber no longer able to sustain a veto, Toensing was at a loss for answers.

“I think it’s ‘Katie, bar the door’ for whatever progressive dream they can dream up,” he said. 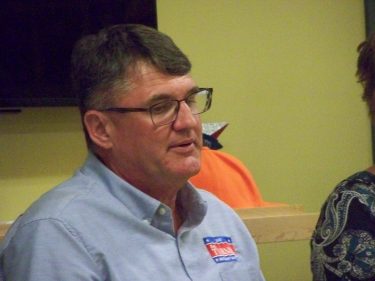 ASSESSING THE DAMAGE: Republican leaders such as former House Minority Leader Don Turner are still assessing how difficult it will be for Republicans after losing seats in both chambers this election.

Former House Minority Leader Don Turner agreed that hatred in Vermont toward President Trump may have driven more Democrats out to vote.

“I believe that a lot of people came out to vote against him and that hurt many of our candidates,” Turner said. “I talked to somebody yesterday who said, generally, more people will come out to vote against something than to vote for something. I’ve never really thought of that, but man, it was a lot of people that came out that did not vote Republican.”

On the situation the governor now faces, Turner suggested the next two years are going to be more difficult than the first two.

“Going forward, it’s going to force the governor to negotiate with a lot more than he did historically when he knew that he could veto something,” he said. “He’s going to have to be a lot more willing to move their way than they are going to move his way.”

Turner noted what seems to be a mixed message from voters this election — namely, that they voted in Scott with an apparent mandate to hold down taxes and spending, but then voted for mostly Democrats and Progressives into both chambers who are more likely to push for bigger budgets.

Turner, who lost his race for lieutenant governor, will not be returning to the Statehouse as a representative.

“I’m not gonna say I’ll never run again, but I will say it was an incredible experience,” he said. “ … For me, I’m going to go back and continue to do the job that I really enjoy doing as [Milton] town manager. So I’ll be intent on doing that and I’ll be happy to help in any way I can for the governor or the caucus.”

ONE OF SIX: There are now only six Republicans in the Senate chamber, and one of them is Sen. Randy Brock, R-Franklin.

Sen. Randy Brock, R-Franklin, noted the Senate went from seven to six Republicans, but he emphasized the real issue is what happened over in the House.

“One of the most important things that we had in the last session was the ability to limit excesses from the majority because the governor had a veto and we had a sufficient number of Republicans in the House to sustain a veto,” he said.

If progressive policies are pursued and taxes do go up, Brock said, more people will leave the state, and they will leave from across the political spectrum.

“It’s the people who can’t afford to live here who are leaving, and they may be Republicans, they may be Democrats — this is an issue that crosses party lines. If you look at the demographics of the people that are leaving, those are people in their prime working years.”

Brock referenced a VPR poll at the start of the election and noted Vermonters ranked the economy and affordability as the most important issues facing the state.

“That’s why we were emphasizing the issue of affordability so much. … Jobs and the economy were at the top of the list of people’s concerns, by far,” he said.

Despite Republicans focusing in on that issue, it didn’t win enough votes.

“I think there were a number of different things at play, and national politics, I certainly think, had some impact on the races here in Vermont,” Brock said.