A week after the 9th U.S. Circuit Court of Appeals lifted a nationwide injunction preventing the Trump administration from withholding Title X funds from clinics that provide or counsel abortions, local pro-life and pro-abortion leaders are unsure whether Planned Parenthood’s clinics in Vermont might lose $800,000 in funding.

While the court’s ruling stands to strip abortion provider Planned Parenthood of millions of dollars at the national level, it’s less clear what will happen to Planned Parenthood of Northern New England. According to Vermont Right to Life Executive Director Mary Beerworth, the group probably won’t lose its money. 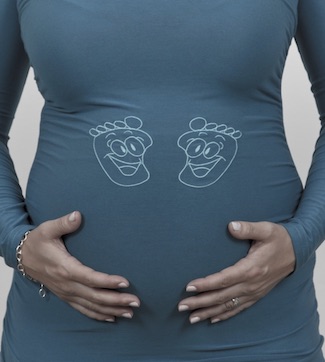 NO PUBLIC MONEY FOR ABORTIONS: A new ruling by a federal court has abortion advocates and opponents sorting through what will happen to Title X funds for family planning.

“In my estimation, it’s unlikely that Planned Parenthood will lose any funds. The community health centers — and there are no other alternatives out there — they have to be willing to meet the guidelines of the Title X money.”

Lucy Leriche, vice president of public policy for Planned Parenthood of New England, told True North late last week that they were still assessing what the new development means for their finances.

A press release from the group indicates losing funds is a real possibility.

“We believe that this decision is wrong and will be seeking emergency relief to try to get it overturned,” it states. “We will NOT stop fighting to protect access to critical health care like birth control and cancer screenings for millions of people with low incomes. Your support right now is absolutely critical as we fight this ruling with everything we’ve got to make sure Title X patients across the country can continue to get the care they need.”

According to Beerworth, Planned Parenthood has two ways to keep receiving taxpayer money — the organization can physically separate its abortion business from its non-abortion family planning services, or no other groups come forward to provide services.

“So they have two ways they can keep the money: no one else steps up, or they separate their services,” she said.

Beerworth said she doubts that non-abortion health centers will step up and pursue the Title X funds.

Kim Anderson, director of development and communications for the Community Health Centers of Burlington, confirmed to True North that even if the funds are available, the centers she oversees are not going to pursue the money if it means not being able recommend abortions.

“I think as an organization focused on primary care and prevention, obviously family planning services are part of that,” she said. “And so we don’t want to do anything that would restrict having conversations about the appropriateness of care for each individual.”

“As a federally qualified health center … I think there are certain restrictions that we already have anyway,” she added. But I think certainly at this time there’s no interest in receiving those funds.”

Beerworth said that in other states where there are other health centers willing to step up and take the money, Planned Parent stands to lose money.

“I think they could be in trouble in New Hampshire and in Maine because there are other women’s health centers [which might take the money] that are not Planned Parenthood clinics,” she said.

Over the years, Planned Parenthood has been able to keep its Title X funding by offering non-abortion services while claiming its abortion business runs on a separate budget. The new rules under the Trump administration specify that the services now have to be physically separate as well.

Planned Parenthood of Northern New England gets about 60 percent ($1.5 million) of its annual funds via Title X. The organization’s 12 clinics in Vermont receive about $800,000, or more than half the total funds.