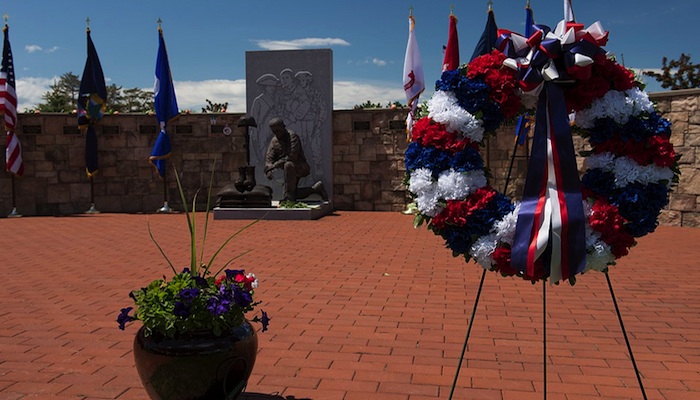 This week we celebrate Memorial Day, the “unofficial start to summer” and a three-day weekend.

It is also a time to consider the real meaning of Memorial Day and why we honor the 1.35 million men and women who have made the ultimate sacrifice protecting our nation from “all enemies foreign and domestic.”

On April 9, 1865, the long, hard-fought Civil War concluded with General Robert E. Lee’s surrender of the Army of Northern Virginia to General Ulysses S. Grant at the McLean House in the village of Appomattox Court House, Virginia.

Thirty-four thousand Vermonters, nearly 10 percent of the population, enlisted to fight in the Civil War. At its end, 5,224 died of wounds or sickness. Vermont’s contribution to the war effort included 17 infantry regiments, one cavalry regiment, three light artillery batteries, one heavy artillery company, three companies of sharpshooters, and two companies of frontier cavalry.

More than 620,000 died fighting in the war. Communities around the country almost immediately began to honor their deceased soldiers by decorating their graves and praying.

Waterloo, New York, is generally considered to be the “Birthplace of Memorial Day.” On May 5, 1866, the first known celebration was held. It became an annual, community-wide event, during which businesses closed and residents decorated the graves of soldiers with flowers and flags.

Former Civil War Major General John Logan helped to found and later served as the second National Commander of the Grand Army of the Republic (GAR). The GAR was a veterans’ group comprised of former Union Army soldiers.

On May 5, 1868, as National Commander of the GAR, General Logan issued General Order Number 11, officially declaring Decoration Day. “The 30th of May 1868, is designated for the purpose of strewing with flowers, or otherwise decorating the graves of comrades who died in defense of their country during the late rebellion, and whose bodies now lie in almost every city, village and hamlet churchyard in the land.”

On that first Decoration Day, Civil War Major General and future President James Garfield made a speech at Arlington National Cemetery. Five thousand participants at the event then decorated the graves of some 20,000 soldiers from the Union and the Confederacy.

New York was the first state to officially recognize Decoration Day in 1873. By 1890, all of the Union states recognized Decoration Day. The Confederate states held their own commemorations beginning after World War I. The recognition has since honored those who died in all American wars, not just the Civil War.

In May 1918, as thousands of American troops were fighting in France during World War I, the U.S. Army held Memorial Day ceremonies in the temporary cemeteries throughout the country. The following year, President Woodrow Wilson gave a Memorial Day address in Suresnes American Cemetery outside of Paris, which in time would become one of eight permanent overseas World War I military cemeteries administered by the American Battle Monuments Commission.

Memorial Day was then annually observed on May 30 until the National Holiday Act of 1971 created three-day weekends for all federal holidays except Independence Day, Thanksgiving Day and Christmas Day.

Red poppies are traditionally worn on Memorial Day. Canadian soldier John McCrae wrote the poem “In Flanders Field,” which at one time was memorized by most school children. The opening stanza — “In Flanders Fields the poppies blow between the crosses, row on row, that mark our place; and in the sky the larks, still bravely singing, fly scarce heard amid the guns below” — inspired Moina Michael in 1918 to write the poem “We Shall Keep the Faith.” She also vowed to wear a red poppy to honor those who fought and died in “The War to End All Wars.”

In September 1920, the year-old American Legion adopted the red poppy as “the United States National Emblem of Remembrance.”

8 thoughts on “Opinion: It’s time to consider the real meaning of Memorial Day”