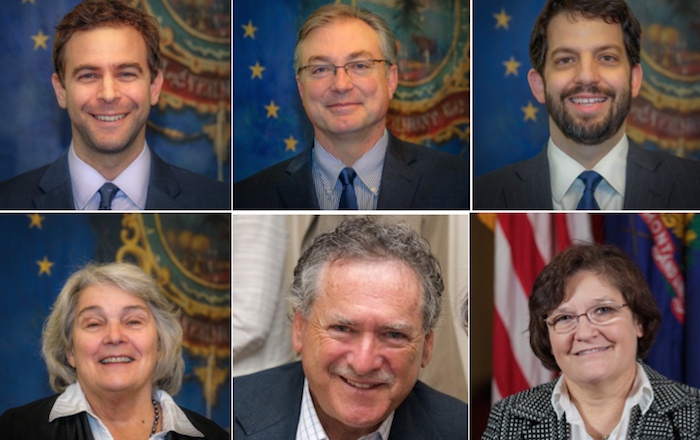 With the surprise addition of a former state representative winning a seat as a write-in during the recent primary, the GOP now has three Senate candidates ready to take on the left-wing “Chittenden Six.”

The six incumbent senators from Chittenden County have become a dominant force in the Statehouse in recent years. Running for election this year as a slate, they are Progressive-Democrats Tim Ashe, Philip Baruth and Chris Pearson, and Democrats Debbie Ingram, Virginia Lyons and Michael Sirotkin.

But the GOP believes it can break that stronghold with the emergence of three strong candidates this year: former state Rep. Paul Dame, of Essex; Air Force veteran Dana Maxfield, of Milton; and business intelligence analyst Alex Farrell, of Burlington.

Unlike the incumbents, who faced challengers in the primary, the Republican candidates ran uncontested. Nevertheless, the hopefuls say with the help of independents and angry gun owners upset by the anti-gun voting record of the Chittenden Six, they might be able to win in the general election. 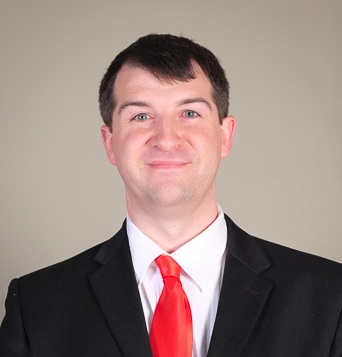 “There are a lot of ticket splitters in Vermont,” Dame told True North. “All the polling data I’ve seen suggests that independents make up the largest voting block, more than Republicans and more than Democrats.”

Dame is a surprise entry into the race. He sneaked onto the ballot with his write-in votes. He said as chair of the Essex Town Republicans he encouraged voters to write people in, and they took his advice.

He has a distinguished business background, having been named one of Vermont Business Magazine’s Top 40 Under 40. Regarding the issues that matter most to him as he heads out on the campaign trail, he said addressing the opiate crisis ranks high on the list.

“When I was in the House, we had a wait-list of almost 500 people in Chittenden County on this list to receive medication-assisted treatment, and that wait-list has been basically eliminated,” he said.

On water cleanup, Dame says he wants to help navigate the strict guidelines at the Agency of Natural Resources and get the right remedies to fix wastewater and Lake Champlain issues.

“In terms of approving even stormwater projects that are trying to clean up the lake and clean up the environment, ANR has some pretty rigid rules about who gets funding, how they get it, and they are kind of looking for projects that don’t really exist,” he said. 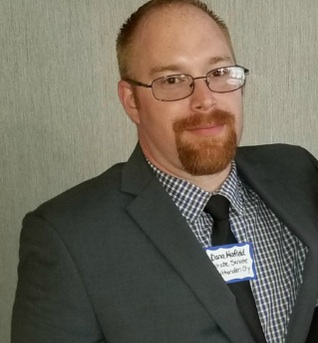 Maxfield, a native of Burlington who was stationed at Ramstein Air Base in Germany during his Air Force years, has since earned a degree back home and become a sales specialist in the agricultural industry. He says getting Vermont’s economy on track is tops on his agenda.

“I’d say that the number one thing is affordability in general,” he said. “We do have a lot of tax burden on us, particularly in Chittenden County. That’s one of the big things that we keep on hearing.”

He said younger people in the area struggle to find an affordable place to live.

“Their concerns tend to be the high taxes as well as affordable housing,” he said. “I mean, when I moved back to Vermont after I got out of the military, I didn’t even consider renting when I saw what rent was versus what a mortgage payment would be.”

On the Second Amendment, he strongly opposed S.55, which expanded background checks, restricted magazine capacity, and raised the purchase age for buying guns.

“I don’t see any kind of benefit from any of it,” he said. “It seems to me that [Gov. Phil Scott] was trying to accomplish keeping people safe, specifically our children’s schools. And that bill did absolutely nothing to accomplish that.”

He said he would support armed school resource officers or well-trained staff in Vermont’s schools, and noted the need to protect school kids could offer an employment opportunity for veterans who are out of work.

“You know we are already trained,” he said. “Could we open that up as a good opportunity of employment for veterans, to transition back into civilian life and still feel like they’ve got a mission?”

On the issue of the minimum wage increase to $15 an hour, he said that’s not affordable for businesses, or for workers.

“I don’t think anybody is going to see any extra money in their pockets,” he said.

In a prior interview with True North, Farrell said he is a strong supporter of the Second Amendment, although he does support background checks. On other issues, he said he would like to expand pre-kindergarten, reform Act 250 to promote business development, and keep property taxes down.