BURLINGTON, Vt. — After months of anticipation, and with a less-than-transparent process conducted behind closed doors, city officials finally showed their cards regarding the final bidders for the financially beleaguered Burlington Telecom.

Before the public announcement, letters of intent from the finalists were examined behind closed doors by City Council members during an executive session.

A fourth, unidentified bidder — said to be a private equity investor — dropped out just prior to the news conference, upsetting some city officials, especially Councilor Kurt Wright, R-Ward 4, and City Council President Jane Knodell, P-Central District. The bidder’s identity was withheld due to a non-disclosure agreement.

The bidders’ letters of intent reveal many similarities among the two higher bids, and considerably less financial commitment from Keep BT Local.

The Ting/Tucows’ offer is for $27.5 million in cash at closing time. The firm will add an additional $500,000 if its financial goal for this fiscal year is exceeded. Morever, the city would potentially receive a 20 percent equity position in the arrangement. The company will finish building out the network, with the exception of 120 difficult-to-reach homes.

The Schurz offer is $30.8 million in cash with a possible increase based on a positive fiscal year performance for the telecom. Schurz promised to continue to support the full build out as planned by Burlington Telecom, except for 120 homes, by 2019. The company also agreed to fund the telecom’a plan for capital expansion, between $6.2 million and $8.4 million, before June 2021.

Low bidder KBTL is offering $12 million, which consists of $10.5 million in cash with the city retaining a $1.5 million interest in the telecom, meaning the co-op would own 87.5 percent of Burlington Telecom. Of the total amount, $10 million of proposed debt would be financed at 14 percent interest. Unlike the first two bidders, all Burlington subscribers would become KBTL co-op members automatically at no cost. The co-op offered an unclear commitment to either the continued build out or future capital expansion, as funding would be dependent on future revenues.

All three bidders favor “net neutrality,” a regulatory scheme that would prohibit internet service providers like AT&T, Comcast and Verizon from speeding up, slowing down or charging different rates for similar or different data types. Telecom giants opposed to net neutrality include  AT&T, Comcast, Verizon, Cisco, IBM, Nokia and Intel, among many others.

Company leaders were enthusiastic about the opportunity to work in Burlington.

“We agree with the city of Burlington’s vision for Burlington Telecom, its long-term potential, and its ability to contribute to the future of technology in the region,” said Todd Schurz, CEO of Schurz Communications.

Schurz’s Brian Lynch, of the firm’s SVP Broadband Operation, said Burlington Telecom offers an opportunity to enhance customer experience. “We envision expanding BT at all levels including increasing stable local jobs and expanding technology,” he said. “Schurz is in a unique position. As a family run business, we have the flexibility to let our local management team make those day to day decisions that positively impact the local community.”

However, Burlington taxpayers may feel let down about their chances of recovering $17 million secretly misappropriated from other city funds in 2008 to prop up the business — money that was subsequently never repaid.

“On the higher bids [from Tucows and Schurz], it is pretty clear to me that if we move in that direction and nothing surprising happens, the city will recoup approximately $5 million of the taxpayer’s resources that were lost in the run up to 2010,” Weinberger said. “ … Some people may compare that to the $17 million [lost] and think that isn’t enough, [but] I am pleased that we would be in position to consider options that would get millions of dollars back. There was a lot of skepticism that any of that would be possible.”

Officials didn’t reveal the amounts offered from five original bidders now out of the running. They also haven’t discussed projections of offers that might have come in had telecom giants like Comcast, Verizon or AT&T thrown their hats in the ring.

Not everyone was pleased with the details about the final bidders and the long-term implications to the city. 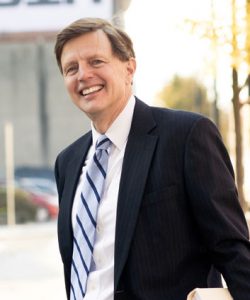 Norman Williams, an attorney with the Burlington-based law firm Gravel & Shea, was involved in legal actions connected to Burlington Telecom in 2010

“I’m concerned about the reinvestment of city funds in a new telecom company, a possibility which all of the bids contemplate,” Williams told True North. “As the city attorney noted, such an investment may not be legal. Legal or not, however, it seems unwise.”

The final sale of Burlington Telecom, scheduled to be announced Oct. 16, must be approved by the Vermont Public Utility Commission. The deadline for presenting the proposed sale to the Commission is January 2018.