It’s hard to believe that 20 years have passed since the award winning film “Saving Private Ryan” came to movie theaters across our country. For those unfamiliar, the film is realistic, honest and direct.

The story takes place in the days following the Allied invasion of Normandy, June 6, 1944. The focus of the story centers around the War Department discovery that three of the four sons of a single Iowa family have already died. The fourth son, Pfc. James Francis Ryan, is somewhere in France. Gen. George Marshall, upon hearing about the situation, decides that the fourth son must be located and brought back to the United States. 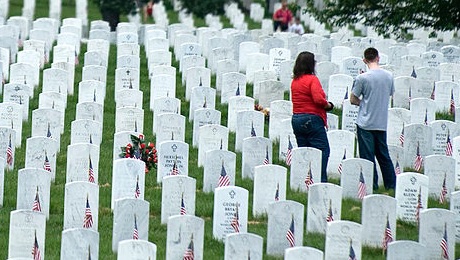 But as Hollywood would have it, Gen. Marshall decides that a single life, that of Pvt. Ryan, is worth whatever it takes to bring him home. The problem is that an airborne assault of which Ryan was a part has gone badly awry and nobody appears to know where Ryan is. What we all feel is the tension of knowing that wherever he is, he’s not safe. If Ryan is to be saved there is a terribly immense degree of difficulty involved in finding him and then rescuing him.

The squad of GIs who are assigned that task struggle with the issue — so does the viewer. What’s the big deal about this one life? Why the all out focus on him? Some of the men feel demeaned. “I have a mother, too!” one of them says. They insult Ryan before meeting him as if he’s to blame for the problem of the deaths of his three brothers. And behind these emotions are the questions we ask. Why one and not another? What justifies priorities? Who should be treated as better than the other? If, indeed, every life has value, why should one life be treated as if it has more worth than the next one? These are existential questions. How do we value life? What is a life worth? Do we owe another human being anything? Do we owe our families, our institutions, our nation, the human race anything?

Essentially, on Memorial Day we might ask ourselves what does it mean that we can live when there are so many that can’t? How do I witness to the reality that somebody else made my life possible? What is my responsibility? How do I honor the life I have with my finite amount of time? These questions have a religious quality whether or not we are “religious.” The film brings this reality home because these questions are addressed through the character’s devotion, sacrifice and courage. Although the GIs would not call it a bond of love, that is really what happens within the community of GIs on the mission to save Pvt. Ryan. It’s the kind of love, which Jesus spoke about long ago when he said “greater love has no one than this, that a person lay down their life for a friend.” He wasn’t thinking about GIs. He wasn’t referring to battlegrounds. He was simply referring to what it ultimately means to be a deeply developed human being that honors life by a willingness to sacrifice self.

By the very end of the movie, Ryan is saved but many GIs are dead. Ryan comes upon the mortally wounded captain who was set with the task of finding him. In real life, back home in the U.S., in civilian life the captain is a high school English teacher, a father and husband. As he lies dying he says his very last words of the film as he looks at Ryan: “Earn it!”

How much is a life worth? Your life? The life of another? The life of someone you may not know? Is one worth more than the other? I can’t answer that, but I do believe we can do better to honor life by the decisions we make.

This Memorial Day we are given an opportunity again to remember those who gave themselves sacrificially to make our lives better. We honor the war dead, but let’s not forget the grandparents, parents, aunts and uncles, siblings, spouses, teachers, friends and lovers who gave sacrificially to make our life better. You and I can “earn it” by revealing our capacity to care, to help, to serve and sacrifice in the community where we have been planted. Philosopher Philip Hallie had it right when he stated “one’s life is usually about as wide as one’s love.” That’s a good thought to hold onto this Memorial Day as we think of the worth of a life and the power of sacrificial love.

This commentary is by the Rev. Dr. Steven E. Berry, a former Vermont legislator who is minister of the Congregational Church of Rupert.

2 thoughts on “On ‘Saving Private Ryan’: What is the value of a single life?”