By Marie Fishpaw and Tim Chapman | The Daily Signal

This year’s election results show that health care is still a top concern for many Americans. Members of Congress must now decide how to move forward. Their task: providing a coherent answer to our national anxiety over health care.

Americans care, immensely, about health care. A Washington Post study found that health care was the most Googled subject in nearly every single county. Polls repeatedly showed that the No. 1 issue voters wanted their elected representatives to address was the high cost of health coverage. 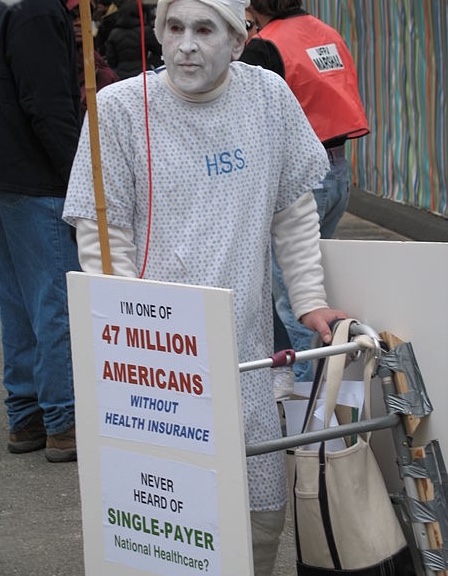 New federal government health schemes will not bring better, more affordable care to most Americans. Most would lose their current coverage — be it from their employer, union, or school — because it would become illegal.

Despite this dynamic, Republicans ran away from an issue that had been a source of political strength in recent years. Perhaps it was because of their failed attempt to repeal Obamacare, or perhaps it was because there was no consensus among them on how to protect individuals with pre-existing conditions. This gave the left an opening to attack conservatives as wanting to kill people with pre-existing conditions — an egregiously false slander.

Regardless, their silence allowed Democrats to retake the rhetorical high ground on health reform. Liberals used the opportunity to build the case for replacing Obamacare with even more government-run health care.

In other words, the same cadre that drove up health costs and cut health care choices for 15 million people by breaking the private market now want to do the same thing for the rest of the country.

We can expect repeated efforts to push various forms of a government-run health system over the next two years. More than half of the House Democrats have signed onto a bill implementing this vision, as have 16 senators — including some often mentioned as potential presidential candidates.

But new federal government health schemes will not bring better, more affordable care to most Americans. Most would lose their current coverage — be it from their employer, union, or school — because it would become illegal. Nor could individuals or families purchase coverage outside of the government’s system.

Make no mistake: Under these schemes, the government decides what gets covered, who gets what care, and when. It would reduce access to care and dramatically increase wait times. In Canada, where health care is government-run, some will wait nearly three months to get a simple MRI.

Politicians who reject that approach must also reject half-way measures like “public options” and new federal reinsurance programs — all of which double down on the problems we have today and would expand the government’s role, driving up costs and reducing choice even further.

Fortunately, conservative policy experts, working together at the national, state, and grassroots levels, have developed just such an alternative.

The Health Care Choice Proposal would make coverage far more affordable — lowering premiums by up to 32 percent, according to the Center for Health and Economy. Moreover, it would ensure that everyone could access a quality, private coverage arrangement of their choice.

The proposal relies on a fresh framework. Patients would be able to choose the coverage arrangement that works best for them from a wide array of options, including direct primary care, short-term limited duration plans, catastrophic coverage, or “gold-plated Cadillac” coverage. Everyone who gets a government subsidy for health care would get new control over those dollars and be able to apply them to a plan of their choice rather than the one a bureaucrat picks for them.

The proposal also would do away with Obamacare’s flawed subsidy structure in which insurance companies receive taxpayer subsidies, dollar for dollar, as they raise prices. Instead, federal funds would be placed on a budget and sent to states to help people access a quality private coverage arrangement of their choice—including the vulnerable poor and sick.

Data show that this proposal builds on a promising emerging trend. A Heritage Foundation study found that, when states have been given even a little bit of freedom from Obamacare’s mandates, they’ve been able to lower projected 2019 premiums — in one state by up to 43 percent—while still ensuring that the sick retain access to care. And they’re able to do all this without new federal money or micromanagement of the market.

Ninety leading conservatives have already endorsed the Health Care Choice Proposal as the path forward on health reform. This is a sharp change from 2017, when Congress fell short and failed to unify behind an Obamacare replacement plan. Our families cannot afford continued failure.

That’s why conservatives created a strong framework on which to build. Efforts to refine and improve this proposal can and will continue. But even in its current form, it offers a way to help Americans suffering under high health costs and fewer choices, a clear alternative to the progressive agenda, and a serious plan to alleviate the health care anxiety in the country.

Images courtesy of National Institues of Health and Public domain