A few years back, in 2012, my two pre-teen daughters convinced me to bring them to the movie “Hunger Games.” I am pleased that they did. This science-fiction thriller is based is an adaptation of the 2008 best-selling book by author Suzanne Collins. 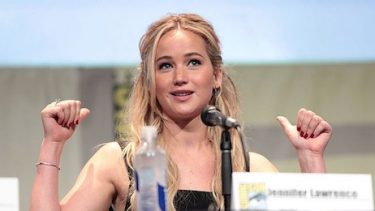 As found on Wikipedia, “The Hunger Games takes place in a nation known as Panem, established in North America after the destruction of the continent’s civilization by an unknown apocalyptic event. The nation consists of the wealthy Capitol and twelve surrounding, poorer districts under the Capitol’s dictatorial control. The Capitol exploits the districts for their natural resources and cheap labour.”

It is not difficult to find similarities between the Capitol of Panem and our own capitals of Montpelier and Washington, D.C. The citizens of the districts in the Hunger Games have lost their rights to local self determination. They have also been disarmed. They are useful only for offering resources to the ruling class in the Capitol. The citizens of the towns in Vermont have also lost their rights — the rights to local self determination through local democracy. Act 60 and Act 46 have ensured that. Rural Vermonters are mined for their resources, tax dollars, as much as the rural citizens of Panem are mined for commodities. The ruling elite, the beautiful people of the Capitol of Panem, do not operate under the false pretense of caring about the people of the districts. The ruling elite in Montpelier, cleverly disguise their real intentions towards the people of Vermont by constantly and loudly declaring how much the care about the peasant class. They claim to legislate for the “common good” and the “general welfare.” This has been a hugely effective strategy for winning votes. How else could you convince a large majority of Vermonters to give up their rights to local control, and their rights to both public and personal liberty and their tax dollars, just to feed and entertain the beautiful people in Montpelier.

In the film, the young protagonist, Katniss Everdeen, inspires the people of the districts to rebel against the tyrannical rulers in Panem. Where is Vermont’s Katniss Everdeen?

7 thoughts on “Lindberg: As in ‘Hunger Games,’ the dystopian Capitol is Vermont”