This commentary is by Ted Ropple, of West Charleston. He is the author of the tedropple.com blog.

Last week I noticed that a few more folks are “waking up” and starting to realize perhaps everything the government has been telling them for the past few years hasn’t necessarily been the truth. More people are speaking up and asking questions, and that’s good to see.

It’s also fun to watch as more and more uncomfortable questions are put to our incompetent leaders, especially as the government-perpetrated lies and myths about the recent SARS-CoV-2 “pandemic” are being exposed. Whether it be about masks preventing the spread of the virus  (they don’t), or about the efficacy and safety of the vaccines our government has tried so hard to make mandatory for one and all, one can take some satisfaction in watching the talking heads squirm. 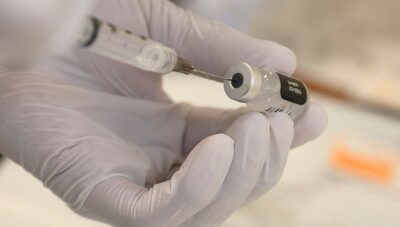 The government-perpetrated lies and myths about the recent SARS-CoV-2 “pandemic” are being exposed. Whether it be about masks preventing the spread of the virus, or about the efficacy and safety of the vaccines our government has tried so hard to make mandatory for one and all, one can take some satisfaction in watching the talking heads squirm.

To ensure it’s again said out loud, the efficacy of the vaccines is poor at best. The safety records of these mRNA concoctions have been suppressed by our government officials, the drug manufacturers and the so-called media that is supposed to hold the people in charge to account. They cause much more harm than we’ve been told. This is being reported worldwide, except by the vaunted U.S. legacy media. Do your own research.

Not only do the vaccines not prevent the transmission of the virus, current statistics indicate that, since their adoption, more people dying of coronavirus have been vaccinated. Imagine that! It’s good to see that the adoption of the latest booster offering is proving to be low. More of the folks are realizing the inefficacy of these mRNA cocktails, combined with their adverse effects, and are saying “No, thanks.” Not only are adults spurning further vaccines, they’re keeping the needles out of their kids arms, which I think bodes well for our future.

So while the CDC promotes a booster every two months, it’s looking like the mandatory vaccine policy imposed upon our military will be lifted (to the great chagrin of the Ultra Woke Secretary of Defense Lloyd Austin).

And meanwhile, the illegals continue to stream across the southern border, with no vaccines required of any kind. I don’t know if our government and country has reached “peak stupidity” yet, but we are certainly working hard to get there.

The other pile of incredible hypocrisy that again grabbed my attention is the relegation of the Heroic Ukrainian Struggle to the back pages, below the fold.

When this foolishness started earlier this year, I came out pretty quickly with an assessment why it was happening. I haven’t changed my mind a bit, and as the pageant plays out in Eastern Europe it is quite clear what this is all about. It boils down to a few basic points:

But this is all being tamped down, I suppose, for the same reasons as the pandemic — the story doesn’t hold and the narratives are falling apart. Just recently the Biden administration reportedly cannot account for $20 Billion in recent aid to Ukraine. Whoops. Not a good look, especially with the opposing party taking control of the House next month.

Reports of Ukrainian government officials buying luxury real estate outside of Ukraine probably doesn’t help, either. And why are U.S. and NATO weapons delivered to Ukraine as “aid” showing up in Africa now? Move along, nothing to see here.

Bold prediction: By this time next year, and perhaps much sooner, Zelensky is gone and the Russia-Ukraine conflict is settled. Ole’ Creepy Joe needs this story to go away.

This year has been something else, hasn’t it? My bet is that 2023 will be worse, as harsh economic realities set in. I hope I’m wrong and it turns out to be a year of unicorns and rainbows, but let’s all hang on and finish the ride, OK?

Images courtesy of Public domain and U.S. Secretary of Defense

5 thoughts on “Ted Ropple: What a week for COVID vaccines and the war in Ukraine”