Brooks is a loyal Vermonter. The only time he ever left Vermont was to attend St. Lawrence University in 1997 to get a history degree. Twenty years ago, he said he never would’ve thought that he was going to be the deputy secretary of the Agency of Commerce and Community Development (ACCD), a role he recently accepted.

Brooks was raised by his parents Donna and Spencer Brooks. The family ran a dairy farm, A.R. Brooks & Sons, in St. Albans from 1973, up until 2005 when the family auctioned off the herd. 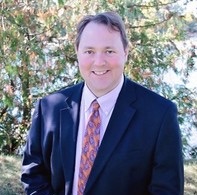 In a recent interview, Brooks explained how his parents were two of his biggest influences in his life. Dairy farmers typically work around seven days a week, 12 hours a day, with no days off. Brooks appreciated his dad’s work ethic and it pushed him to work even harder, he said.

“My mom really played an important role of spending a lot of time with me, and bringing me to various practices, whether it be you know, hockey, baseball, whatever,” Brooks said. “You want to hope that most kids can have that experience. And I certainly did, and was fortunate to have that.”

Sports, specifically football, played a big role in Brooks’ early life. Brooks also played hockey and track when he was in high school.

In 1999, he started broadcasting varsity high school football games. Every season for the last 22 years he has been broadcasting the games on radio, public access TV, and online.

St. Albans City Mayor Tim Smith has known Brooks since he was in high school, he said. They have worked together over the years through the ACCD, one of the state agencies that Smith works closely with through Franklin County Industrial Development Corporation.

“He’s highly respected throughout the state, because he is so committed to the state of Franklin County,” Smith said, adding that Brooks experience makes him a good fit for the role.

“Tayt has been a valued member of my team since day one and his thoughtful approach and passion for improving the lives of Vermonters is always on display,” said Gov. Phil Scott in a prepared statement. “Although he will be missed in our office, I look forward to continuing to work with him in this new role to grow the economy and make Vermont more affordable.”

In 1998, Brooks ran for the state legislature. It was a close race which Brooks lost.

Not one to sit around, Brooks ended up serving on the St. Albans Town Selectboard for five years.

“I thought the time was important to get involved in working with others in the state to provide opportunities for folks,” Brooks said.

In 2003, a job as government affairs director for the Home Builders and Remodelers Association of Northern VT opened up. This is the first major job where Brooks was introduced to statewide office.

“It was exciting to participate down in the legislature, the legislative process, being able to testify on bills, and then work with those in the home building community to provide housing for folks,” Brooks said.

Lindsay Kurrle, secretary of the Agency of Commerce and Community Development said in a prepared statement, “Tayt comes with a wealth of experience in economic development, and I’m very pleased to welcome him to the ACCD team.”

Brooks also has experience running his own firm, Brooks Strategies, that he started in 2012. He worked with clients, campaigns, vendors and small businesses. He gave up his business to get back into state government, and was glad to do so. Brooks lives in St. Albans with his wife and two daughters, aged four and six.

“I realized that I really missed public policy, and I wanted to get back into public policy and having those great discussions and debates about economic development and the challenges that Vermont faces,” Brooks said. “Whether it be through the demographic challenge that our state has had, and some of the challenges in assisting employers and the workforce.”

Brooks has learned over the years the simple importance of listening, he said.

Brooks was shy growing up, but over the years he had to push himself, like when he first ran as state representative. He had to be comfortable knocking on doors, talking to a lot of people and speaking up in public meetings. Being able to communicate with all of these people was a learning experience, he said.

The ACCD deals with economic development, tourism and community housing development. Brooks is looking forward to working with the team and to make Vermont a more affordable place for all of us to live. He wants to highlight what an amazing place Vermont is to live and work.