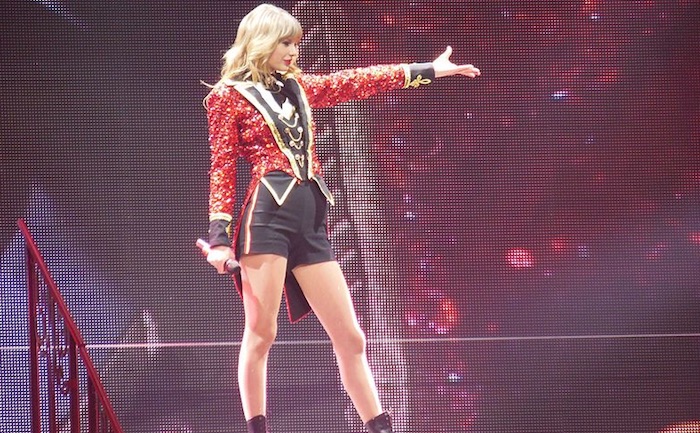 By Monica Burke and Ryan Neuhaus | The Daily Signal

Taylor Swift made waves this week when she made the first political statement of her career.

The country-turned-pop star has famously kept silent on politics over the years, but everything changed as of Monday, when she posted an endorsement of two Democratic candidates for office on her Instagram account.

Swift’s post perpetuates misconceptions about the belief in traditional marriage and a principled objection to sexual orientation and gender identity laws.

I’m writing this post about the upcoming midterm elections on November 6th, in which I’ll be voting in the state of Tennessee. In the past I’ve been reluctant to publicly voice my political opinions, but due to several events in my life and in the world in the past two years, I feel very differently about that now. I always have and always will cast my vote based on which candidate will protect and fight for the human rights I believe we all deserve in this country. I believe in the fight for LGBTQ rights, and that any form of discrimination based on sexual orientation or gender is WRONG. I believe that the systemic racism we still see in this country towards people of color is terrifying, sickening and prevalent.
I cannot vote for someone who will not be willing to fight for dignity for ALL Americans, no matter their skin color, gender or who they love. Running for Senate in the state of Tennessee is a woman named Marsha Blackburn. As much as I have in the past and would like to continue voting for women in office, I cannot support Marsha Blackburn. Her voting record in Congress appalls and terrifies me. She voted against equal pay for women. She voted against the Reauthorization of the Violence Against Women Act, which attempts to protect women from domestic violence, stalking, and date rape. She believes businesses have a right to refuse service to gay couples. She also believes they should not have the right to marry. These are not MY Tennessee values. I will be voting for Phil Bredesen for Senate and Jim Cooper for House of Representatives. Please, please educate yourself on the candidates running in your state and vote based on who most closely represents your values. For a lot of us, we may never find a candidate or party with whom we agree 100% on every issue, but we have to vote anyway.
So many intelligent, thoughtful, self-possessed people have turned 18 in the past two years and now have the right and privilege to make their vote count. But first you need to register, which is quick and easy to do. October 9th is the LAST DAY to register to vote in the state of TN. Go to vote.org and you can find all the info. Happy Voting!

The specifics of this election cycle aside, Swift’s position gravely misunderstands the values held by many Tennessee voters, and indeed, citizens across the country.

The specifics of this election cycle aside, Swift’s position gravely misunderstands the values held by many Tennessee voters, and indeed, citizens across the country. 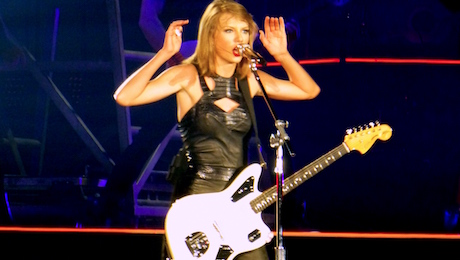 Swift asserts that she “cannot vote for someone who will not be willing to fight for dignity for ALL Americans, no matter their skin color, gender, or who they love.” According to Swift, a belief in traditional marriage or opposition to adding sexual orientation and gender identity to anti-discrimination law constitutes an attack on the dignity of LGBT people.

Swift falsely assumes that certain mainstream beliefs — the belief that marriage is between one man and one woman, or opposition to sexual orientation and gender identity laws—necessarily stems from animosity toward LGBT people. That could not be further from the truth.

This misconception overlooks the fact that social conservatives may identify as LGBT themselves, and many social conservatives count LGBT individuals among their family, colleagues, and friends. A difference of opinion about the meaning of marriage does not constitute bigotry or discrimination.

The belief that marriage is between one man and one woman because the sexes are complementary, and because children deserve a mother and a father, is not hateful toward anyone. As Justice Anthony Kennedy observed in Obergefell v. Hodges, many Americans hold this belief “based on decent and honorable premises.”

This explains why the Supreme Court ruled the way it did in Masterpiece Cakeshop v. Colorado Civil Rights Commission, the case involving the Christian baker who declined to create a custom cake for a same-sex wedding. The court declared that “religious and philosophical objections to gay marriage are protected views and in some instances protected forms of expression.”

Kennedy noted in oral arguments that, in refusing to bake a cake for a same-sex wedding celebration, the baker had not discriminated on the basis of the couple’s identity. At stake was a principled disagreement about associating certain actions with the meaning of marriage, or as Kennedy put it, “what they’re doing.”

Swift’s mention of refusal of service raises the issue of anti-discrimination laws, like the Colorado law in Masterpiece that included sexual orientation and gender identity as protected classes. The problem with these laws is that they ultimately fail to achieve the desired goal of nondiscrimination in a way that respects the constitutional rights of those who dissent from dominant views or certain lifestyle choices.

Quite often, anti-discrimination laws on the basis of sexual orientation and gender identity are not used for their intended purpose—to protect people from discrimination—but instead to attack people.

As countless Americans continue to uphold a traditional view of marriage, state and local officials have accused citizens in a wide variety of professions of discrimination for speaking and acting in accordance with their beliefs. Bakers, florists, photographers, videographers, calligraphers, graphic designers—the list goes on and on.

None of these cases involved a blanket denial of service to LGBT people. As Andrew Koppelman, an LGBT advocate, observed, “There have been no claims of a right to simply refuse to deal with gay people.” Instead, all of these cases have involved the government forcing citizens to communicate a message that violates their beliefs about marriage.

Unfortunately, it appears that these conflicts are frequently the result of anti-religious animus, which may be part and parcel with the passage of such anti-discrimination laws.

Tim Gill, the man dubbed “the megadonor behind the LGBTQ rights movement” by Rolling Stone, revealed to the magazine his strategy in funding the push to add sexual orientation and gender identity to anti-discrimination laws: “We’re going to punish the wicked.”

This anti-religious justification for sexual orientation and gender identity laws suggests that the penalties imposed upon citizens have more to do with anti-religious sentiment than a desire to protect LGBT people from genuine harm.

But Swift does get something very important right. She is fundamentally correct in that we ought to place a premium on the dignity of every human being, and that we have a responsibility to protect human dignity through political institutions and the exercise of our constitutional rights and liberties.

A healthy understanding of human dignity should lead us all to treat others with respect and compassion, even when our beliefs conflict.

However, true tolerance cuts both ways. That means that we must remain free to disagree on the meaning of marriage—and not treat that disagreement as an attack on the dignity of LGBT people.

How do we achieve this?

Existing sexual orientation and gender identity policies should be narrowly interpreted to act as shields against truly discriminatory practices, not as swords to punish religious beliefs.

In places without such policies, we should instead pursue a civil society and a culture that treats LGBT individuals with respect and simultaneously respects those who uphold a traditional view of marriage.

Approaching LGBT issues with compassion does not preclude one from holding principled opposition to the policies Swift alludes to.

Swift, like many of us, wants to protect the right to live and speak according to one’s beliefs. For that right to truly extend both ways, Americans must be free to disagree about marriage.

One thought on “Taylor Swift finally went political. Here’s where she went wrong.”