The federal Land and Water Conservation Fund is set to expire at the end of the month unless Congress acts to reauthorize it.

Both the Senate and the House are working to permanently reauthorize the fund. Instead, Congress should do what it does best and not do anything. 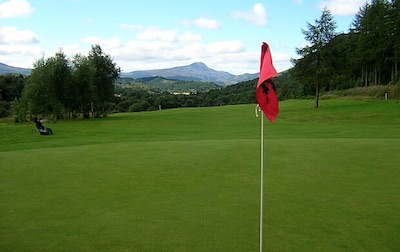 Criticism of the Land and Water Conservation Fund is not a criticism of the actual projects, but of who pays for them. Taxpayers in Louisiana shouldn’t be subsidizing a golf course in Iowa, a boat ramp in Minnesota, or a soccer field in Missouri.

Despite the program’s widespread popularity, the federal government should not be in the business of accruing more land, nor should it be spending taxpayer dollars on projects that are local in nature, such as golf courses and Little League baseball fields.

To protect against more land grabs and limit the scope of federal funding for local projects, Congress should permanently sunset the Land and Water Conservation Fund

Enacted in 1965, the conservation fund was intended to assist in expanding and preserving Americans’ access to outdoor recreation. The federal government would purchase private land and turn it into public parks and other recreation areas, using royalty revenues from offshore energy development.

The fund has a budget cap of $900 million, which is rarely met.

In its current state, the Land and Water Conservation Fund serves two primary functions: to provide a vehicle for federal land (and water) acquisition and to give money to state and local governments for many projects that are local in nature.

The reality is the states receive a small percentage of the fund’s grants (less than 15 percent of the funds allocated over the past 25 years).

However, that small amount of funding packs a hefty political punch. Sprinkle enough of other people’s money around, and everyone’s happy.

For example, last fall, the Interior Department announced $13.3 million in new conservation fund spending for 22 projects, including $450,000 for two soccer fields in Missouri and $306,447 that paid for more than half of a new splash pad and park in Delaware.

When the park in Delaware opened, one of the local newspapers highlighted how the local elected official benefited: “Wilmington Mayor Mike Purzycki kicked off this morning’s celebration with an enthusiastic thumbs up for the new playground. ‘When I got here this morning, I said to myself, this is the greatest little park I have ever seen. This is remarkable!’”

Support a popular project. Get other people to pay for a large chunk of it. Get your name in the paper. Get re-elected. Wash, rinse, and repeat.

Criticism of the Land and Water Conservation Fund is not a criticism of the actual projects, but of who pays for them. Taxpayers in Louisiana shouldn’t be subsidizing a golf course in Iowa, a boat ramp in Minnesota, or a soccer field in Missouri.

If these projects have value and communities want them, the people who stand to benefit most from them should pay for them. A municipal tax increase or private donations, for instance, could finance a new swimming pool.

In contrast, the conservation fund disperses the cost among federal taxpayers and concentrates the benefits to the projects that receive grants. When the financing of these projects is not tethered to the communities that derive the most value from them, it is much easier to frivolously spend money, rather than properly assessing if the project is worth the cost.

A quote from one conservation fund advocate sums up the incentive structure quite well: “Any talk of raising local taxes is met with pushback. The beauty of this [law] is, it gets funds to communities they otherwise wouldn’t receive. The diversity of the projects funded touches everybody.”

The Land and Water Conservation Fund robs offshore royalty revenues that could otherwise be going to the general fund or allocated to the Gulf Coast states—where offshore oil and gas production occurs.

States receive 50 percent of the revenues generated by onshore oil and natural gas production on federal lands. Gulf states receive only 37.5 percent, with 12.5 percent going to the conservation fund.

The House Natural Resources Committee recently approved legislationintroduced by U.S. Rep. Garrett Graves, R-La., that give coastal states half the revenues from certain wells in the Gulf of Mexico.

Drilling off states’ coasts and allowing them a larger share of the royalty revenue would encourage more state involvement in drilling decisions—not just in the Gulf of Mexico, but in the Atlantic and Pacific, as well.

A maintenance backlog of $13.5 billion to $20 billion exists for the land the federal government already owns—a deficit leading to environmental degradation and lost economic opportunity.

Congress shouldn’t provide avenues to expand the federal estate without addressing the conservation and management challenges the government has on existing lands.

Just because a program is popular, doesn’t mean it’s a good idea. The Land and Water Conservation Fund falls squarely in that camp.