State tax credits will help fund nearly 50 redevelopment projects around Vermont including three sites in downtown Waterbury — one of which will return a pizza restaurant to Stowe Street.

The historic building that once housed the Blue Stone pub and restaurant will soon open as the fourth location for Stone’s Throw Pizza.

That’s according to Sam Handy, one of the new owners of the property, which spans 13-15 Stowe Street. Handy belongs to the ownership group of the Grazers restaurant chain, which bought the space last December.

From the street, the building occupies the lefthand third of the two-story brick complex with WDEV Radio Vermont Group next door and Axel’s Gallery and Frame Shop on the far end. 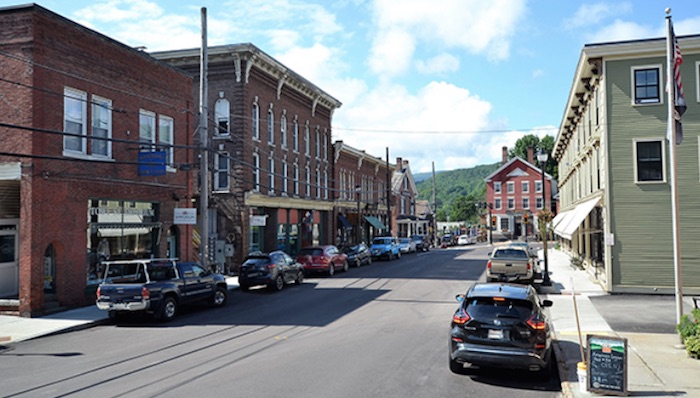 Rather than opening another Grazers restaurant — which has locations in Williston, Winooski and St. Albans — the new owners are leasing the restaurant space to Stone’s Throw Pizza. A recent job listing says the new pizza shop is set to open this winter; Handy confirmed that it will likely open within the next three months.

The new owners of the more than 100-year-old building are also the recipients of just over $18,000 in tax credits from the state, which will cover about half of the construction costs of getting the space up to code. Those funds were part of more $4 million in tax credits awarded by the Vermont Agency of Commerce and Community Development late last month.

Tax credits are not grants or cash. They redirect income taxes owed to help cover the cost for construction of improvements for redevelopment. For example, a building with a tax bill of $10,000 that gets a $4,000 tax credit will owe just $6,000 in taxes. Programs are offered by both the state and federal governments. 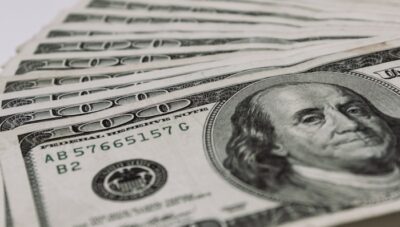 Gov. Phil Scott noted that when the program was created 20 years ago, tax credits were capped at just $300,000 annually — an amount equivalent today to just three or four projects based on the average award. The administration and Legislature have gradually increased that limit to where this year, it totaled $4.3 million in credits.

These state credits just recently announced are made available to projects involving commercial buildings and nonprofit-owned buildings over 30 years old that are located within designated downtown or village centers, according to state program information.

The credits can be applied to pay for general rehabilitation, code compliance work, and exterior improvements. A permit from the office of the State Fire Inspector posted on the window at 13-15 Stowe St., for example, lists work being done to reconfigure the entryway doors to swing outward to comply with current codes.

Handy said the Grazers group chose to purchase this location as an investment and also because Waterbury was an attractive community.

“We love what Waterbury stands for, what they do — just the community feel,” Handy said. “We thought long-term it was going to be a good investment for us. But really, it was just like, being part of the Waterbury community is what we love. So on the business side of things, we saw an opportunity for a good investment in a great town, and we took it.”

Handy said he and the other owners considered putting a Grazers restaurant in the building but decided against it because Waterbury already has several restaurants offering similar fare. They looked instead for a pizza place to partner with, and that’s how Stone’s Throw came into the picture.

“We were actively looking for another pizza restaurant to go into that space,” Handy said. “Stone’s Throw is going to do amazing. I think they’re a perfect fit. I think their business model’s a perfect fit. They’re awesome people — it will fit really well with the community.”

The pizza franchise and the building owners have agreed to a long-term lease, he added, though he declined to say how long it is for. “I would love if they were there for the next 30 years,” Handy said. Tax credits boost redevelopment, revitalization

On Sept. 27, Gov. Phil Scott and the state Agency of Commerce and Community Development announced that it had awarded 49 projects around the state more than $4 million in downtown and village center tax incentives.

“These investments are impactful, supporting local businesses, creating new housing, and improving the economic vitality of our community centers,” Scott said, calling the tax credit program “a perfect example of one of the tools in our economic development toolbox that can be transformative.”

Housing and Community Development Commissioner Josh Hanford said that the board tasked with awarding the incentives selected projects in communities of all sizes. “This year we awarded a record number of rehabilitation and revitalization projects, and I am grateful to the dedicated Vermonters working to keep the heart and soul of their communities vibrant places for years to come,” he said.

Scott announced the awards at a ceremony in the former U.S. Customs House and Post Office in St. Albans which is to be redeveloped for mixed commercial use on the ground floor and eight new units of downtown housing on the upper floors. Other project examples are the renovation of the 1901 Champlain Theater in Swanton’s village center into space for three new commercial tenants, and in Bennington, a historic renovation will create three units of transitional housing for women and children.

In addition to the $18,000 awarded to the 13-15 Stowe Street project, two other redevelopment projects in Waterbury received tax credit awards.

Black Cap Coffee and Bakery will receive credits of $29,288 to put toward their ongoing $75,000 in renovations at the historic Waterbury Train Station. The company plans to open a new coffee shop in the station’s cafe space and a bakery that will supply the new outlet as well as its other locations in Burlington, Stowe and Morrisville. Until the COVID-19 pandemic hit in March 2020, the train station was the longtime home to Green Mountain Coffee Roasters which ran a cafe and visitors center. A smaller community room space at the far end of the building is now open briefly twice a day for boarding and arriving Amtrak passengers riding the Vermonter train that travels between St. Albans and Washington D.C.

The Black Cap project was announced in March and since then, owner Laura Vilalta said, construction on the bakery has proceeded slower than expected due to delays in getting supplies and equipment.

The other Waterbury award is the largest of the three – $152,500 in tax credits to Kingsbury Companies to help renovate the former granite shed and foundry at 35 Foundry Street. In February, the construction contractor based in Middlesex received a town permit to rehab the long-vacant industrial building into commercial office space for up to 30 workers.

The $1.16 million project was to benefit from both the state and federal tax credits, according to the Sept. 27 announcement.

But company President TJ Kingsbury said plans remain on the drawing board. “After six months of exhaustive design and budget exercises, we are putting the project on pause for now,” he said in an email to Waterbury Roundabout. “Costs to do what we anticipated cannot support the project, so we are left scratching our heads for the time being.”

Kingsbury said the company has a time to use the tax credits, so he hoped the project might still move forward in the near future.

Caitlin Corkins is the Tax Credits and Grants Coordinator for the Agency of Commerce and Community Development. She said developers have three years from the date of their tax credit award to complete their project. Kingsbury has not notified the state that their plans are off, Corkins noted. “But they do have time to get funding in place before the credit award would expire,” she said.

Any federal tax credits the project might tap into are calculated based on the project spending. They would total up to 20% of the project’s “qualified rehabilitation expenditures,” she said, “so the amount will depend on the final investment.”

Timing to qualify for the federal program has no specific deadline, just a requirement that the spending is within two years of starting the project, she explained.

In St. Albans last month, Gov. Scott remarked that the post office building where he stood had been vacant for more than 25 years. It took the city purchasing the property to spur the new development, he pointed out.

Scott noted that when the program was created 20 years ago, tax credits were capped at just $300,000 annually — an amount equivalent today to just three or four projects based on the average award. The administration and Legislature have gradually increased that limit to where this year, it totaled $4.3 million in credits.

“Since the program began, more than 400 projects have received over $38 million in tax credits, which has leveraged over $800 million in outside investments,” Scott said.

A complete list of projects receiving the incentives is online on the Department of Housing and Community Development website.

The state will offer a new round of credits in early 2023. Another $800,000 will be available with applications due Jan.16 and decisions announced in February.