According to a new study by the personal finance website WalletHub, South Burlington is among the top 10 safest cities to live in the United States. Two Vermont cities made it into the top 20.

In the case of Vermont, both Burlington and South Burlington were examined. Rutland’s shrinking population no longer placed it within WalletHub’s criteria for the study. 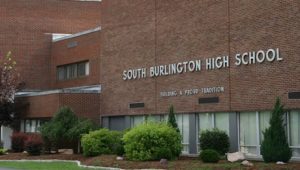 Among the study’s ranking categories, No. 5 South Burlington was shown to have one of the lowest rates of uninsured residents, while No. 14 Burlington ranked high among those cities with reported hate crimes.

WalletHub ranked South Burlington in fifth place, with Burlington being ranked in 14th place. Considering the 182 cities included in the study, the Queen City’s placement, while falling just outside the top 10, isn’t too shabby.

When it comes to disasters, both of the neighboring Green Mountain State cities in Chittenden County are considered to be low-risk areas for natural disasters and climate-change impacts, at least when you compare them to coastal communities ranked in the study.

Forty-one metric points were employed by WalletHub in the safety study.

According to WalletHub’s Adam McCann, each metric “was graded on a 100-point scale, with a score of 100 representing the highest level of safety.” Researchers then “determined each city’s weighted average across all metrics to calculate its overall score and used the resulting scores to rank-order [the] sample.

And while the latest WalletHub study had things for South Burlington and Burlington officials to crow about, it also revealed, at least regarding Burlington, an unflattering area of concern — alleged hate crime.

Among the study’s ranking categories, No. 5 South Burlington was shown to have one of the lowest rates of uninsured residents, while No. 14 Burlington ranked high among those cities with reported hate crimes.

Both South Burlington and Burlington were shown to have one of the lowest unemployment rates in the nation, reflecting the current Trump boom, although Vermont has chronic, localized problems behind this employment good news.

Randy Kearns, an assistant professor at the College of Business Administration of the University of New Orleans, was one of the experts who was invited to interpret some of the study’s data. He examined study data relating to safety and law enforcement.

“It takes years to create trust and moments to break it,” Kearns said. “In my opinion, most of the American law enforcement profession goes to work every day and they do their absolute best to keep us safe, protect and serve us. Any community and particularly minority communities should not live or drive in fear of the police. Yet, there are too many terrible examples of where that trust is broken because of mistakes or failures from the law enforcement side of that relationship.

“Solutions start with better recruitment (the rank and file of any law enforcement agency should accurately reflect the community served in terms of sex and race), recruit assessment should include emotional stability/temperament, better education and training (to include non-lethal and de-escalation techniques) and community immersion and engagement (such as community policing). It also includes competitive salaries to assure cities and states can attract, recruit, develop and maintain a trained, diverse and educated workforce.”

“Cities should be thinking ahead since climate change, sea-level rise, subsidence, and changes in precipitation will all change the existing flood plain designations,” she said. “Areas that are safe from flooding now may not be in the future.”

Feeling totally safe in a given city may ultimately be a subjective thing, according to data reported by the Gallop polling organization.

A 2017 Gallup Social Series Poll, revealed that four-in-10 Americans fear being a victim of a mass shooting or a terrorist attack. In the same poll, many respondents expressed their concerns about falling victim to hate crimes or sexual assault.

“The list goes on,” according to WalletHub’s McCann, “and these sentiments often are expressed in response to recent headlines.”

6 thoughts on “Study: Vermont’s two most populated cities among the top 20 safest cities in the U.S.”