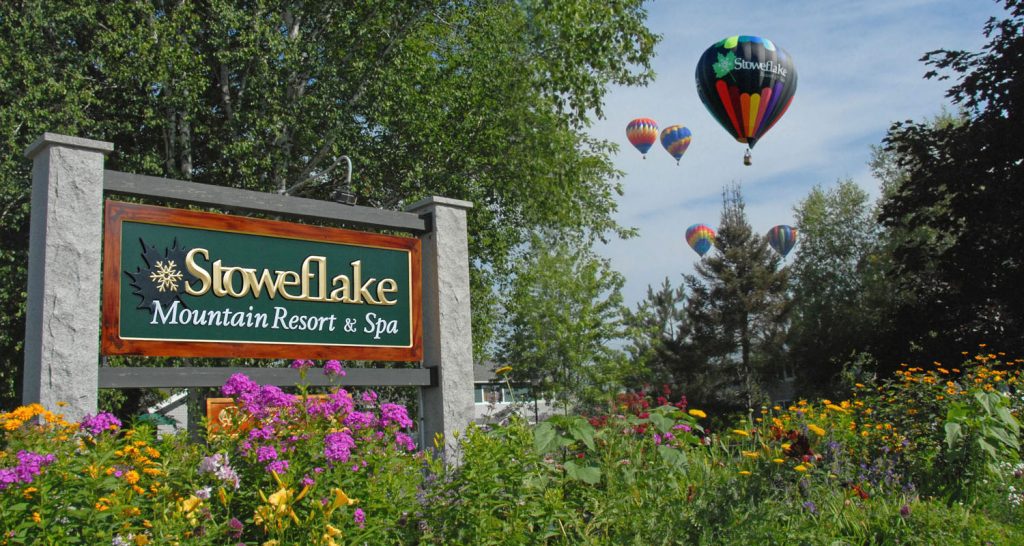 PUBLIC RELATIONS NIGHTMARE: The resort where Pact campers stayed in August is operating under a cloud of suspicion even though racial slurs allegedly directed at minority children occurred at an unrelated location.

STOWE — A vice president of the resort where Pact summer campers stayed last month says his establishment is being unfairly associated with local incidents in which racial slurs were allegedly directed at camp leaders and kids.

When a California-based summer camp for minority children visited Stowe last month, group leaders and some parents claimed that campers were subjected to racist slurs uttered from passing cars and while visiting a mini-golf attraction.

While the alleged incidents did not occur at the Stoweflake Mountain Resort and Spa where the kids were staying, the resort’s vice president says he’s concerned that the establishment’s reputation could be harmed by “guilt by association.” 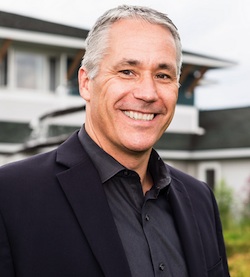 Scot Baraw, vice president of sales and a family owner of Stoweflake Mountain Resort and Spa

“When you read a lot of the articles, I just want people to know that the racial slurs that were uttered did not happen at the Stoweflake,” Scot Baraw, vice president of sales, told True North in an interview.

Following the alleged incidents, Baraw said he met with non-white staff members at the resort to find out if they had ever experienced hate speech or other race-based aggression in town.

“I went and I asked three or four of my staff who are of color, ‘Have you ever experienced racial issues, tensions, or anything like that here or even in Stowe?’ And every one of them said, ‘No, they had not,'” he said.

According to Baraw, his staff was “probably the most surprised and confused and a bit hurt” by the camp’s allegations, due to fears about “guilt by association.”

“Even though the comments didn’t happen here [at the resort], we were getting Facebook comments and phone calls — you know, ‘We’re not coming back to you,’ and ‘I hate you guys!’ I felt bad for my staff because I thought they did a nice job.”

Pact is a nonprofit organization that offers programs for white parents who adopt children of color. The group’s executive director, Beth Hall, reportedly admitted that only camp counselors heard the alleged slurs. The organization is known for instructing campers as young as preschool age to produce dances, drawings and rap songs that protest “police brutality” and memorialize minority victims of high profile shootings.

In statements to local media, camp leaders said they were upset by inquiries made about the camp, including at the resort. But Baraw said such interactions are friendly and standard customer service policy for all guests of every background.

“You don’t have to be African American [to get inquiries],” he said. “My staff is trained to talk to people and ask them where they are from, what are they doing here, and what’s the purpose of their meeting. That’s customer service.”

In particular, Baraw said he is disappointed about certain parents of Pact campers who helped publicize the allegations and insinuations of racism.

“It was a couple of parents who were in those articles who had kids that attended the camp — those parents weren’t even here when those supposed comments were said,” Baraw said. “So they were taking those comments that they had heard [second hand].”

At least four Vermont parents associated with the camp have been calling for action to be taken in response to the alleged incidents in Stowe.

Sarah Rosenthal, Alyson Mahony, Howie Michaelson and Jessie Alfarone co-authored a letter to the editor, published in the Stowe Reporter, in which they allege camp members “experienced hostility from the moment they got of the airplane in Burlington.” Their account paints Vermonters as deeply racist and hostile.

The letter said: “The counselors and staff of color not only felt unwelcome but unsafe. They experienced hostility from the moment they got off the airplane in Burlington from their car service driver, racial slurs (spic, the n-word, and monkey) as they walked along the streets in Stowe from passing cars, aggression from a staff member at Stoweflake, and numerous unfriendly comments asking them why they are here.”

None of the parents responded to TNR’s requests for interviews. However, their social media accounts show that some are active in social justice causes and “lean left” politics. 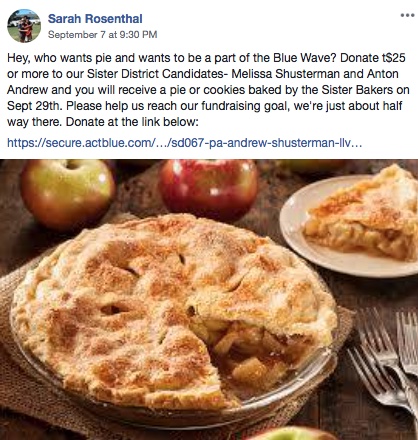 Fundraiser seeks money for progressive candidates in other states.

Rosenthal, of Montpelier, belongs to a Facebook group called Lean Left Vermont. It hosts political action events such as “Art the Vote,” which bills itself as “Vermont’s first artist-driven fundraiser designed to help 2018 congressional candidates in NH, ME, and NY to ride the Blue Wave into Congress.”

She also is aiding the “Sister Baker Project,” in which the Sister District Project and Lean Left Vermont are “supporting Melissa Shusterman and Anton Andrew in their bids for the Pennsylvania House of Representatives in Districts 157 and 160.”

According to the Sister District Project website, the group’s teams “act as an expansion of campaign’s field and fundraising programs.” The project’s workers get involved in “writing postcards to voters, canvassing, phonebanking, textbanking, and raising money on behalf of amazing Democratic candidates.”

Rosenthal’s Facebook page also contains a post on the family separation controversy at the southern U.S. border, and shows a photo of Rosenthal holding a protest sign that reads “Take back the USA from the NRA.”

Mahony, also a Montpelier resident, is a Goddard College graduate and a library media specialist at Chelsea Public School, according to her Linkedin account. She also has been a coordinator for the Central Vermont Families of Color group, and is a presenter for “Reading to End Racism,” a series of book talks given to elementary school children to address issues of race and diversity.

Heartened by this response but hoping there is follow through on a state level to make all feel welcome. Time for all of us with priviledge to step it up in Vermont. #everydaysocialjustice https://t.co/XImGsDdst6

State and local responses being considered following the incidents in Stowe include a statewide diversity training for Vermont’s tourism industry and community forums to examine race issues.