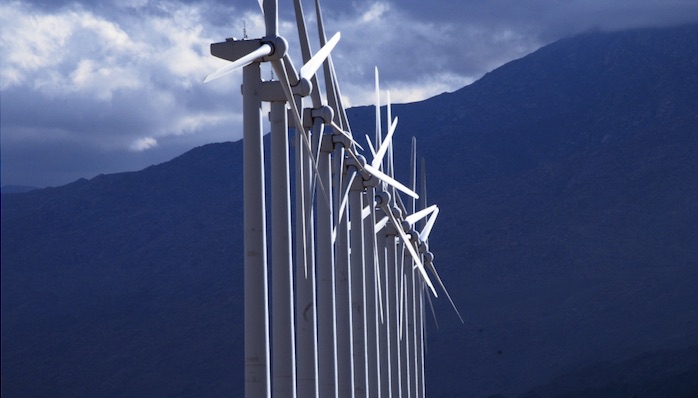 The electric grid in Vermont must operate reliably as if wind and solar do not exist, because much of the time these sources are not generating any electricity. Wind and solar are in essence redundant and add extra cost to the taxpayer who subsidizes these sources, and to the ratepayer whose electric bills are increased as a result of these sources.

This commentary is by Steve Thurston, of Ferrisburgh.

As a bedrock principle of state energy policy, Vermont law requires the Public Utility Commission to specify “strategies for reducing electric rates to the greatest extent possible in Vermont over the most immediate six-year period, for the next succeeding six-year period, and long-term sustainable strategies for achieving and maintaining the lowest possible electric rates over the full 20-year planning horizon consistent with the goal of maintaining a financially stable electric utility industry in Vermont.” Disturbingly however, by requiring highly subsidized wind and solar electricity our elected officials have prevented this law from being followed.

The electric grid in Vermont must operate reliably as if wind and solar do not exist, because much of the time these sources are not generating any electricity. Wind and solar are in essence redundant and add extra cost to the taxpayer who subsidizes these sources, and to the ratepayer whose electric bills are increased as a result of these sources. The required presence of these above-market-rate solar and wind resources is in obvious conflict with long established Vermont law.

Disregarding established energy policy, the Democrat supermajority in the Vermont legislature has in recent years given preferential treatment to renewable energy developers by requiring taxpayers and ratepayers to pay more for electricity than they otherwise would have. The legislature’s argument for these policies is to address climate change even though its “settled science” that nothing Vermont does will have any effect on the world’s climate. Policy makers and policy influencers often refer to changes in weather patterns in Vermont as a problem that must be confronted so that the maple syrup, skiing, or other weather dependent industries will not be adversely affected, but of course we know that Vermont ultimately has no control over its weather.

We are also told that if Vermont “leads the way” in the fight against climate change the rest of the world will follow.  Apparently unaware of Vermont’s leadership, at the recent Glascow COP26 climate summit, Russia, which supplies Europe with natural gas, did not even show up, and both China and India, two of the world’s biggest coal consumers refused to sign the final agreement unless coal fired electrical generation was not to be “phased out”, but rather “phased down.”  Three of the world’s major powers proved that they are more concerned about their economic well-being than climate change. China and India believe not burning coal would be worse for on people than the effects of climate change.

Here in the United States, surveys continually find that climate change is not high on the list of people’s concerns.  In a recent Gallup poll of most important problems “Poor leadership” topped the list, followed by the pandemic, immigration, unifying the country, the economy, budget deficits, inflation, race relations.  Climate change did not make the top ten.

In the midst of all this contrary evidence, we have the Vermont Climate Council, an unelected assortment of special interests and ideologues created by the legislature when it overrode Governor Scott’s veto of the self-contradictory and deceptively named Global Warming Solutions Act.  The Climate Council recently issued its first report. This pie-in-the-sky document speaks in woke-isms of “just transitions” through an “equity lens” to an all-electric future where all Vermonters will be required to install heat pumps and drive electric vehicles.  This is not surprising, since most of the Council members were appointed by Democrat/Progressive legislators and come from backgrounds in renewable energy, community organizing, racial bias activism, or climate activism, not from the business sector where balance sheets matter. By its own admission the Council failed to engage with a significant cross section of the public. This is also understandable, because most Vermonters are not paying attention to the Climate Council, being more focused on the demands and stresses of their day to day lives.

In the Climate Council’s view, even though the existing transmission system cannot accommodate more renewable energy, not to mention the increased electrical demand of heat pumps and electric vehicles, Vermonters must bear the cost of installing heat pumps and purchasing EVs for themselves and for those who cannot afford them, while simultaneously paying more for gas and oil because of increased taxation on these fuels.  If we have to rebuild the transmission system, so be it, they say.   This at a time when Vermont has been on Federal life support during the Covid-19 induced shutdown of much of the economy, creating enormous and ongoing suffering for many residents.

As an example of its disregard for opposing views, the Climate Council ignored PUC Commissioner and energy policy expert June Tierney, who said about the proposals the council was preparing to unleash, “I don’t think Vermonters understand the Mack truck that’s coming at them when you start matching up resources to priorities this plan is going to embody. I just don’t think they understand how this is going to impact their lives and what it’s going to cost.”

One might ask, “If none of this will make a difference to Vermont’s climate, what’s the point?”   Who will profit from such irrational and economically suicidal policies which are contrary to long established law? As the saying goes, “follow the money.” Wind and solar developers buy their turbines and solar panels with subsidies provided by taxpayers. Lobbyists and special interest groups like the Conservation Law Foundation, Renewable Energy Vermont, and Vermont Public Interest Research Group are supported by wind and solar developers. Politicians receive campaign contributions from both the special interest groups and wind and solar developers. It is called crony capitalism.

Vermonters could alter this self-destructive, authoritarian course by electing new legislators with common sense, energy realism and respect for the rights of Vermonters to decide for themselves what kind of car to drive and how to heat their homes.