Residents of the Orange County towns of Bradford and Newbury are suffering school tax sticker shock because taxes for the newly-created Oxbow United Union School District are much higher than what they had been led to expect. They don’t understand why, and neither do school administrators, says the September 18 Journal-Opinion, the towns’ local weekly newspaper. 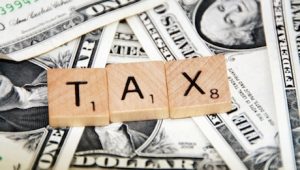 Oxbow Unified Union School District voters approved a budget after being told taxes would go up just 3 or 4 percent. The school board has learned taxes would rise over 10 percent.

As local taxpayers and school officials grapple with their distressing problem, a Craftsbury lawyer is arguing before the Vermont Supreme Court in Montpelier that the Vermont State Board of Education exceeded its authority under Act 46 when it ordered school districts to merge, like it or not.

In June 2019, attorney David Kelley of Craftsbury, on behalf of the Athens School District, filed suit in the Supreme Court to overturn a lower court ruling upholding the board’s power to force mergers under Act 46.  His Aug. 15 court document asks the court to rule that a Nov. 28, 2018 forced merger order by the State Board of Education:

The Vermont Attorney General responded Sept. 19 that Act 46 empowers the State Board to force mergers and does not violate the Vermont Constitution. It is not known when the Vermont Supreme Court will rule. Meanwhile taxpayers in Bradford and Newbury may wonder whether their merger-inspired financial pain is comparable to teething — sharp but passing — or more like a toothache, bound to get worse without treatment.

In June, Oxbow Unified Union School District voters approved a budget after being told taxes would go up just 3 or 4 percent. Sept. 16 the school board learned from the state that taxes would rise over 10 percent, the JO, a weekly newspaper since 1865, said. School board meeting reporter Lillian Gahagan wrote, “A clear explanation was not available from district administrators, who also admitted they were just as surprised as everyone else.”

An Orange East Supervisory Union superintendent told Sept. 16 attendees the state’s “longitudinal system” and calculation of “equalized pupils” affect tax calculations. She pledged to get more information from the Dept. of Education but cautioned that tax bill corrections — if any — wouldn’t be issued until after the current tax payments are due.

“I’m not feeling real good about this,” Paul Jewett, former Newbury school board chair, reportedly said. “In Newbury, we are feeling the full brunt of this merger. The state didn’t have the courtesy to inform us. This is not a way to build trust.”

Newbury is among the towns that have challenged Act 46 in court.