When Gov. Mario Cuomo of New York signed legislation on June 17 granting driver’s licenses to illegal immigrants, some Vermonters wondered if Vermont would follow suit. In fact, illegal immigrants have been driving legally in Vermont since Jan. 1, 2014. 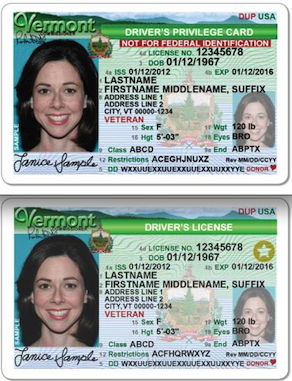 As the furor over the New York law shows, issuing drivers’ licenses to illegal immigrants is not without controversy. A similar law also passed in 2013 in “blue” state Oregon was repealed in 2014 by voter referendum. In 2015 the Vermont Human Rights Commission found that the Vermont Department of Motor Vehicles had reported some a Jordanian national as a suspected illegal immigrant to Immigration and Customs Enforcement (ICE).

According to the National Conference on State Legislators, “Proponents of extending driver’s licenses to immigrants argue that licensing undocumented residents will lead to fewer hit-and-runs, more trust between immigrants and police, and increased revenue for Departments of Motor Vehicles. Opponents of expanding driving privileges assert that granting licenses to undocumented residents reduces the incentive to follow immigration laws and would lead to increased voter fraud, ID fraud, and bank fraud.”

A 2016 Pew study reported that 5,000 illegal immigrants live in Vermont. It is not known how many have received driver’s licenses.

11 thoughts on “State Headliners: Vermont has been issuing driver’s licenses to illegal immigrants since 2014”