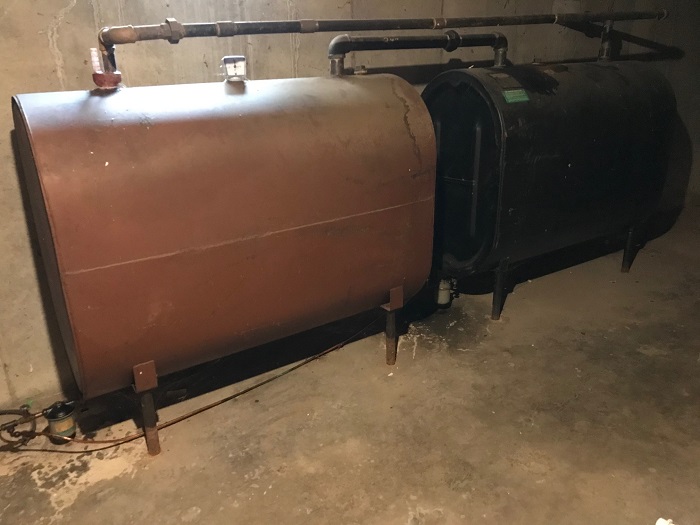 On Tuesday afternoon the House Government Operations Committee voted to advance Burlington charter changes to allow for a carbon tax on certain home heating systems, and to require ‘just cause’ by landlords to carry out evictions.

Both initiatives were passed as separate pieces of legislation, each by votes of 8-to-3 along party lines.

The extra cost that is being added to heating systems is being called an “alternative compliance payment,” though critics see it as a carbon tax.

Rep. Mark Higley, R-Orleans-Lamoille, was among the three Republicans to vote against measures.

“What they are proposing is any new or remodeled construction of commercial or residential buildings needs to use a non-fossil fuel heating system, and if they don’t then there’s a proposal to assess a fee around the fuel-burning unit based on its carbon output,” he told True North Reports on Wednesday.

On the other charter change initiative, Burlington voters supported the ‘just cause’ evictions measure last year by 63% during Town Meeting Day 2021. The language is now a standalone bill, H.708, although it had been a part of H.448 originally. Its language states that the bill is “to authorize the City Council to adopt an ordinance prohibiting the eviction of residential tenants without just cause.”

Just cause, according to the bill’s text, is a tenant’s material breach of a written rental agreement,  a tenant’s violation of state statutes regulating tenant obligations in residential rental agreements,   or nonpayment of rent. It continues that criminal behavior, property damage, or other dangerous behaviors can also be considered “just cause” for eviction.

The city would be required to set standards regarding what counts for a ‘just cause’ for an eviction. The City Council is currently dominated by liberal Democrats and Progressives — and no conservatives.

There are a number of scenarios written into the bill which would exempt a rental unit from these new standards, including in-unit rentals such as an in-law apartment, any unit that requires safety upgrades, or a unit that is expected for a family of the owner member to move in.

There’s also an initial one-year probation period that allows for a landlord to initiate an eviction without a just cause as defined in the bill. Critics of the measure argue that this component will discourage landlords and tenants from ever wanting to agree to more than a 1-year lease at a time.

“I have a hunch that there are no longer going to be more than one-year leases because all the subsequent years in when the just cause would start,” Rep. Samantha LeFebvre, R-Orange, told True North on Wednesday. She is one of the three Republicans in the committee to vote against the bill.

She said that based on her experiences as a landlord, the bill will ultimately create more problems for landlords and tenants alike.

She offered the scenario of a tenant that is involved in any number of potential rental disputes and whereas currently these situations can be handled between the two initial disputing parties, with this law in place the state is now involved and the landlord may have to contact other tenants to testify against the problematic tenant, creating more upsetting scenarios.

“The nature of what they are trying to do may be nurturing to a tenant, but it’s only going to create more hardship,” she said.

The House is expected to vote on the bill Thursday.

7 thoughts on “State lawmakers advance Burlington charter changes for a carbon tax on heating systems, ‘just cause’ for evictions”