Vermont landowners of three or more acres of impervious surfaces must plan and pay for phosphorus runoff reduction, the state of Vermont announced Sept. 1.

A complete list of all affected landowners statewide has been published by the Vermont Department of Environmental Conservation. It includes not only businesses but schools, not-for-profits, and municipalities.

“The permit requires landowners with more than three acres of ‘impervious surfaces’ such as roofs, driveways and parking areas, to develop and implement projects to treat runoff to remove phosphorus, sediment, and other pollutants,” an Agency of Natural Resources (ANR) Sept. 1 press release says. 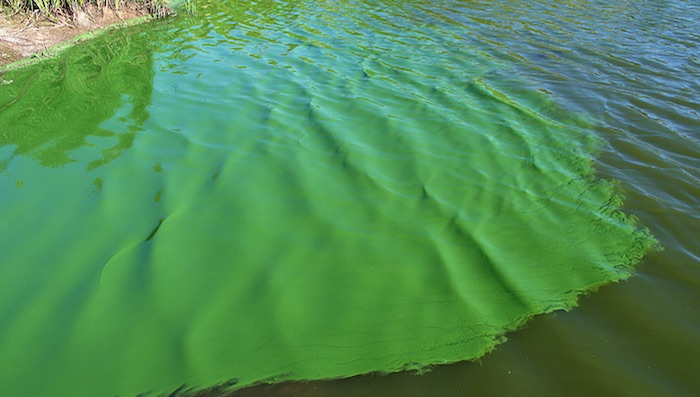 Municipal septic overflows partly responsible for cyanobacteria will be made worse if the current version of H.926, Act 250 reform, is approved, critics say. Meanwhile the State of Vermont has announced all landowners with three or more acres of impervious surfaces (roofs, driveways, parking lots) must pay for expensive upgrades to prevent phosphorus runoff.

The U.S. EPA has insisted for years that Vermont clean up Lake Champlain. A 2017 state law aimed at satisfying the EPA prevented federal action, but Uncle Sam’s patience has worn thin. Failing to impose the 3-acre rule would put Vermont out of EPA compliance, so Vermont in effect had no choice, Vermont officials say. The planning process allows several years and ANR has pledged some planning and financial support.

We all want clean water and a clean environment, but if you think that this isn’t going to affect you, think again. Look at the municipalities and schools that are listed here. It’s going to cost the property owner big time. And, there aren’t enough engineer firms to do all of these site plans in Vermont to get the required plans done by the end date. In the meantime, the City of Burlington and others, continues to dump millions of gallons of raw sewage into Lake Champlain when there is significant rain event. Maybe it’s time to get our senators Leahy and Sanders and Congressman Welch to do their jobs and put in a bill to have new sewage plants built that can alleviate the problem?  After all, the ones that we have are 55 years old.

On the subject of municipal sewer failures, pro-business conservatives like Williams find common cause with many Vermont environmentalists.

According to state of Vermont statistics provided by clean water activist James Ehlers, municipal sewer overflows are a major contributor to a reported 170 spills dumping more than 11 million gallons of sewage and polluted water into Vermont waters this year. When asked at a recent press conference about municipal septic systems dumping pollutants into Lake Champlain, Gov. Phil Scott conceded the seriousness of the problem but said extreme weather from climate change is partly responsible, and that sewer upgrades are difficult to permit and very costly.

We are now, for the year, at 175 diversions of human waste mixed with gutter contaminants into our drinking water supplies and recreational waters … with more rain on the way,” Ehlers wrote on a recent Facebook post. “The Senate is poised–right now–to make this problem even worse by loosening oversight on polluters when they vote on H.926.”