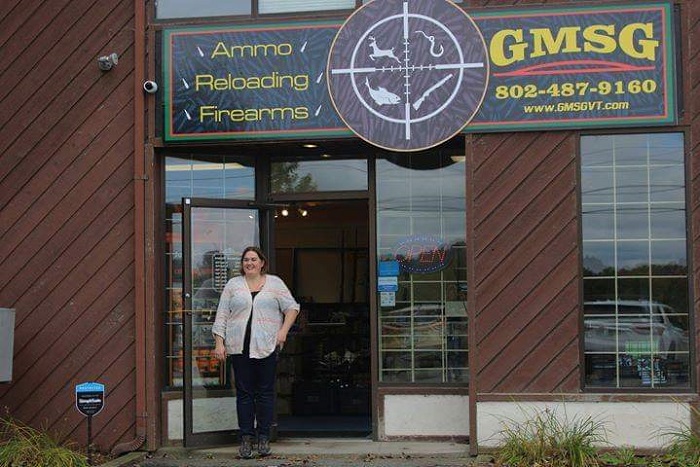 CLOSED: GMSG Derby has been forced to close due to the governor’s shutdown orders, and now the owner is trying to manage expenses with little government aid.

DERBY, Vt. — Retail business Green Mountain Sporting Goods has been forced to close for the governor’s economic shutdown and the owner says she doesn’t have enough money for her business or family, including her four children.

“According to the governor and his list of essential and non-essential businesses, retail sporting goods is not essential,” Jones told True North in an interview.

“Basically I’ve got zero income from Derby, I’ve been shut down for about a month,” she said. “I still have all the bills from Derby, the loan that I took out to open up the store, my rent for the building, my insurance — all of that with zero income.”

She said the Irasburg location is allowed to continue because it includes gun manufacturing, plus she has a contract to test military products. But it’s still far from full capacity.

“We have to follow every guideline that the governor has sent down, like how many employees to have in the building, offering curbside, doing as much as I can out in the parking lot or over the phone,” she said. “It’s very cumbersome and restrictive on our end, so that doesn’t help the financial burden of one of my businesses being completely shut down.”

Normally she has friends to help her around the shop, but under the new rules she is on her own.

“I have only myself as the only employee, so I don’t qualify for a lot of the small business relief that larger corporations are getting,” she said. “And I know a lot of other small business owners, contractors, independent roofers, and they can’t get any help either.

She said one of her friends is a subcontractor in construction and hasn’t gotten any unemployment or stimulus check yet. She said she understands why the restrictions were placed initially, but now it’s time to let up.

“I get the whole ‘everybody has gotta be careful because this virus could be potentially very devastating,’ but the financial ramifications of what not only the president but the governors have done is going to be a lot more long-lasting,” she said.

“I’m looking at the longevity of Vermont’s economy. I’m worried about how my kids are gonna go to school next year and how they are gonna finish up this year.”

She added that tourism industries such as camping are going to be lost revenues the state usually relies on. She also noted the governor’s determination that her Derby location is non-essential runs contrary to orders from the U.S. Department of Justice that all gun retail stores are essential.

Jones said she’s doing everything she can to survive.

“I am no lawyer by any means, I’m just a small business owner trying to do whatever I can to keep my businesses open, to keep a roof over my kids’ heads,” she said. “It’s frustrating because Derby was a new store — it was only about a year and a half old and now we have to be shut down with no loss-of-business coverage.”

Even though the coronavirus death tallies for the state and nation are comparable to those of seasonal influenza, Jones says she thinks the numbers are being inflated.

“I don’t trust the numbers across the board,” she said. “My nephew’s girlfriend’s grandfather passed away from a massive heart attack and a local paper said ‘elderly man dies of corona.'”

Republican gubernatorial candidate John Klar, a leader of the conservative “Agripublican” movement, has criticized the Scott Administration for not doing more to protect gun rights during the lockdown.

“Unlike other retail goods, Vermont citizens hold guaranteed rights to acquire and own firearms for self-defense under both state and federal constitutions,” he wrote. “In a declining economic environment, domestic violence is expected to increase — women must especially be safeguarded in their right to purchase protection for themselves or their children in unstable times. Crime rates may also increase, making sales of firearms an essential service for all Vermonters.”