At least three social justice advocates in Vermont are running for high bailiff, an obscure county government position that allows an ordinary civilian to have oversight over the sheriff’s office in certain circumstances.

The position, which originated in the 18th century, is unique to Vermont. A high bailiff is an elected public official, and all 14 counties have one. According to a 2016 report by the Addison Independent, the high bailiff “rarely, if ever, does anything,” and it’s not unusual for someone to hold the unpaid position for decades without taking any action.

However, a high bailiff can arrest of the county sheriff under some circumstances; he or she can even take on the duties of sheriff if the position is vacant.

Attorney Dave Silberman, one of the social-justice minded candidates running for high bailiff, is especially interested in having oversight over the sheriff in Addison County. 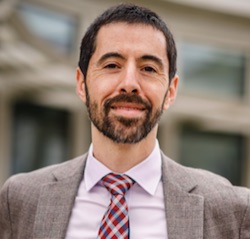 His campaign’s website explains the appeal of the position: “I’m running for high bailiff because the position was designed to put the sheriff’s office under independent, civilian oversight.”

He continues: “The high bailiff is the one person in each county authorized to arrest the sheriff on state warrants. Nobody is sure whether that’s ever actually happened,” he wrote. ” … Electing a person independently of the sheriff, to ensure that the sheriff cannot violate the law with impunity, puts the state’s police power under civilian oversight and control.”

Silberman calls it a modern law enforcement tradition that the high bailiff office is now considered a “sheriff in waiting.”

Tabitha Moore, president of the Rutland Area NAACP, is another social justice advocate running for the high bailiff amid national protests over alleged police brutality.

“I believe that we must all walk the talk when it comes to making our community and fair and just place,” she wrote on Facebook.

“I have proven my commitment in several realms, including law enforcement. If we want to commit to fair and impartial policing in Rutland County, we need more civilian participation and oversight,” Moore wrote. 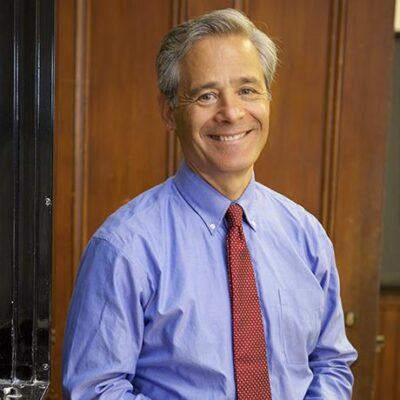 Bobby Sand is a former Windsor County state’s attorney and an advocate for criminal justice reform. He, too, is running for high bailiff — but not to gain oversight of the sheriff.

“The historical value of this position was to have an independent actor in the criminal justice system,” he told True North. “There is value in reviving the position to serve in that role, perhaps by reporting to the legislature on the status of the justice system in each county. Arguably, we don’t need a position anymore with the responsibility to arrest the sheriff as now the State Police exist (since the 1940’s) so it makes sense to repurpose the High Bailiff role.”

Marc Poulin, of Barre Town, has been a high bailiff for eight years. He says it’s a misconception that the office wields significant control over the sheriff’s office.

“I’ve been the high bailiff here in Washington County since 2012, and there seems to be a lot of misinformation out there and the job of the high bailiff is actually set in Vermont statute,” he said. “Unfortunately people are trying to make the job what they think it should be, not what it is.”

Section 332: A high bailiff may serve writs which the sheriff is incompetent to serve, and his or her fees shall be the same as those of the sheriff.

Section 333: A high bailiff by virtue of a writ or other process directed to him or her against the sheriff may commit the sheriff to the Commissioner of Corrections. While the sheriff remains in confinement, or in case of vacancy in the office, the functions of the sheriff shall be exercised by the high bailiff, who shall have the powers and be subject to the liabilities of a sheriff until the sheriff is released from confinement or one is appointed and sworn into office. (1971, No. 199 (Adj. Sess.), § 17, eff. July 1, 1972.)

He added, however, that in Washington County almost 20 years ago, the high bailiff did arrest the sheriff after he was charged with embezzling from the department.

According to the Secretary of State’s website, there are at least 21 candidates running for high bailiff in Vermont.