News that the St. Albans Co-op, the largest dairy cooperative in Vermont, is considering merging with the giant Kansas-based Dairy Farmers of America (DFA) should not come as a shock. Rumors of change have swirled around the farm community for months. Dairy is important to Vermont. it contributes some $2.2 billion in annual economic activity and, depending upon the measure, from seven to fourteen thousand jobs to the state.

The “Co-op,” as it is known, has just celebrated its one hundredth anniversary. It is owned by its farmer-members, the number of which has fallen each year as the dairy industry continues to be challenged by low milk prices. 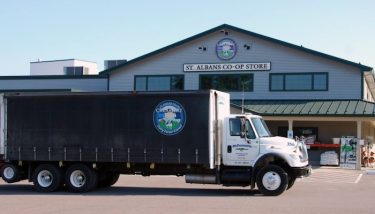 The question that many are asking is what does the proposed merger mean to dairy farmers in Vermont? Is this a good thing or something to fear?

The Co-op has over three hundred members, representing large, medium and small farms as well as organic producers. DFA, also a cooperative, already has more than 8,100 member farms throughout the country, including more than a hundred in Vermont. Since 2003, the Co-op itself has been a DFA member.

At a recent Senate Agriculture Committee hearing, the Co-op’s leadership and DFA made a strong case in favor of the merger. The Co-op’s board and management cite the 16-year relationship between the two organizations. They say that has given them a comfort level that provides greater confidence in the potential of a successful merger. The Co-op has long held a seat on DFA’s national board and it is also represented on DFA’s Northeast Council.

The transaction is not without risk.

DFA has been accused of not always acting in its members’ best interest. Without admitting wrongdoing, DFA has paid out more than $200 million in settlements in recent years, including a class action brought in Vermont. Litigation is still pending as some farmer plaintiffs did not agree to the Vermont settlement. The allegations are that DFA controls milk producers and then sells the milk at a low price to processors, also partially owned by DFA. Instead of distributing the money back to its members, the suit claims DFA uses “complex accounting and opaque financial records to keep the money for their executives and their cronies.”

The Co-op’s board, based on its long relationship with DFA, says it is intimately familiar with the claims and counterclaims, has investigated them thoroughly and has satisfied itself that the allegations are without merit. The settlements have brought with them increased controls, the addition of an independent ombudsman and more transparent accounting policies.

The risk, of course, is what happens if the plaintiffs prevail and whether that might have any impact on Co-op farmers entering into the merged organization. The Co-op board and management assure us that they and their advisors have taken that into account.

We understand that the decision to propose a merger was the Co-op’s idea. It arose from a recognition that greater financial strength and market power was needed to address the increased challenges in the evolving global dairy market. Simply put, the need to make added investments in plant and equipment and to provide access to a broader market led Co-op leaders to conclude that this was the best way to provide members with long-term stability and added strength.

Under the terms of the deal, Co-op members transition to become DFA members. All of the Co-op’s plant and equipment will pass to DFA. That includes McDermotts Trucking, the dairy hauling company owned by the Co-op, as well as the Co-op store. In return, Co-op members’ equity will be converted to an equivalent amount of equity in DFA.

DFA intends to make a $30+ million investment in the Co-op’s St. Albans plant and also will agree to invest $5 million in new trucks and trailers for McDermotts. The significant dollar investment in infrastructure and equipment bodes well for the continued presence of the Co-op in St. Albans. All employees will be retained. The Co-op will be renamed as the St. Albans Creamery, LLC.

The ultimate decision on the merger will come after a July 29 vote by the Co-op’s membership.

Since 1919, the St. Albans Co-op has been part of the fabric of Vermont. It will be sad to see it go, but we are pleased to see it continue in its new form. On balance, the merger seems to be in the best interest of its farmer-members and of the Vermont farm economy. There is still work to be done before this is finalized, but based on what we heard at the hearing, we think that this is a prudent and necessary next step for the future of Vermont’s dairy industry.