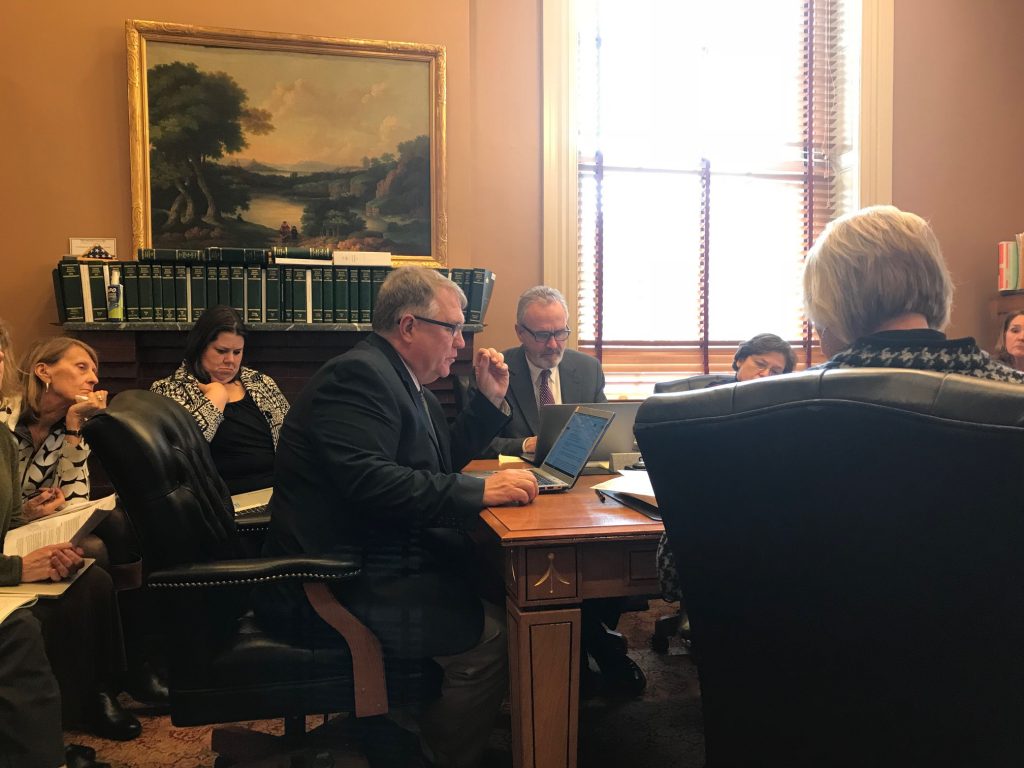 Things concluded Wednesday as the Senate committee approved H.897 by a 4-1 vote, with Sen. Carolyn Whitney Branagan, R-Franklin, the lone no vote.

The intent of H.897 is to disperse special education money more broadly in a block grant based on total student count that incentivizes cost containment and offers more flexibility on expenditures. The bill largely derives from the 2016 Picus Report, which indicated that Vermont over-identifies special education disorders and is spending $140 million more than necessary.

Branagan told True North the most significant recent change to the bill was the creation of a study group to examine the impact of an “extraordinary cost” special education student attending an independent school. These are students who receive above $60,000 per year.

The findings of this group are due next legislative session.

“This solution should have been given more thought,” she said. “I think it’s irresponsible to pass a bill without understanding how all these kid’s needs are going to be paid for.”

Jeff Francis, executive director of the Vermont Superintendents Association, told the Senate Education Committee on Tuesday that he agrees with concerns expressed in the House Education Committee regarding S.229 — especially that special education funding for independent schools could become problematic under the current proposals.

“We think that the issue that was raised by the Bennington-Rutland Supervisory Union’s leadership last week is very important and a legitimate issue that we’re not certain should be left to resolution in a conference committee,” Francis said.

Jackie Wilson, superintendent for the Bennington-Rutland Supervisory Union, told the House Education Committee last week that if private schools do special education services in a pay-per-service model, supervisory unions with their soon-to-be limited block-grant funds will still have to accommodate additional costs for each tuitioned student sent to an independent school.

Francis reiterated her concerns for the committee. He said if public schools “go through a massive sea-change” toward a census block model but independent schools don’t have the same processes in place, it may burden the public schools.

Sen. Philip Baruth, D/P-Chittenden and chairperson of the Senate Education Committee, reminded colleagues that the effort to expand special education requirements in independent schools seemed to start with the public education sector behind it.

“I can only surmise that they were behind it, thinking that approved independents would pick up 100 percent of the cost,” he said. “Once it became clear that there would have to be any share [in funds], I’ve noticed support has dwindled subtly from what was once declared a civil rights issue.”

He added that it may take another month to work these issues out in his committee.

“My goal all the way has been to find a ground that will not drain the public system, that will not bankrupt the independent system, but will nudge those two entities into cooperation with each other in the event that the LEA [local education agency] indicates they need to work together,” Baruth said.

On Wednesday, Campaign for Vermont Executive Director Eric LaMontagne expressed concern in an email blast to members that S.229 places excessive burden on the limited capacity of independent schools to take on additional special education requirements.

“Campaign for Vermont believes S.229 falls short of this mission by not taking into account real-world impacts of implementing these requirements within schools that are simply too small to handle it,” he wrote.

“Staffing is one of the greatest areas of concerns. Simply, the employee pool to meet the new requirements does not exist. When a student with additional needs is placed in a school, a teacher is hired by the local education agency and assigned to that student for one academic year. Beyond the initial academic year the onus is on the school to provide the staffing.”

Patti Komline, a lobbyist for the Independent Schools Association, told True North that additional burden on public school budgets is not what her clients are pushing for.

“This is not something that independent schools support,” she said. ” … They have to eat that cost within their budget.”