The U.S. Senate confirmed a new head of the Food and Drug Administration Tuesday by a narrow vote crossing party lines.

The Senate voted 50-46 to confirm Robert Califf, who served in the same role during the Obama administration. The FDA has come under increasing scrutiny for its role in the opioid epidemic and its approval and authorization process for COVID-19 vaccinations. 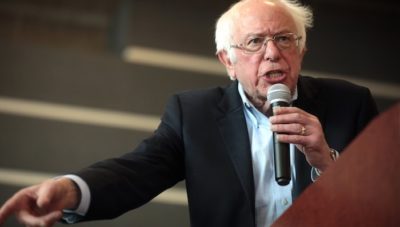 “I opposed his nomination because I was not convinced that he would stand up to the greed of the pharmaceutical industry, one of the most powerful special interests in Washington,” Sanders said.

The confirmation came despite public opposition from several Democrats. Sen. Joe Manchin, D-W.V., spoke from the Senate floor about Califf, attacking his record on the opioid epidemic.

“In the five years since Dr. Califf was confirmed, more than 400,000 Americans and 5,000 West Virginians have died from drug-related overdose,” Manchin said. “Let’s not beat around the bush. Dr. Califf bears a great deal of responsibility for these deaths. We have insight into how he will lead the agency. Under Dr. Califf’s previous tenure, drug-related overdoses went up. Five years later, they’re up again, and this time at record numbers.”

Most Republicans opposed Califf, though enough supported him to get the nomination confirmed.

“Dr. Califf is up to the task of leading the FDA as Congress evaluates its human medical product user fee programs and considers their reauthorization,” said Sen. Richard Burr, R-N.C. “He does not believe FDA has a role in evaluating the cost or price of a medical product. Dr. Califf is supportive of increasing competition in the marketplace to help lower the cost of drugs, including through more generic and biosimilar products. He supports clarifying the diagnostic test regulatory landscape with a law that encourages innovation and provides a clear and predictable pathway to market for diagnostic tests. I believe Dr. Califf will build on the successful lessons learned and progress made during the pandemic response over the last two years, and that he will continue to uphold FDA’s gold standard.”

“I opposed his nomination because I was not convinced that he would stand up to the greed of the pharmaceutical industry, one of the most powerful special interests in Washington,” Sanders said. “In my view, it is unacceptable that the American people pay, by far, the highest prices in the world for prescription drugs. At a time when one in five Americans cannot afford to pay for the medications that have been prescribed to them, we have got to do everything we can to lower the skyrocketing price of prescription drugs. A life-saving drug does no good if a sick patient cannot afford it.”