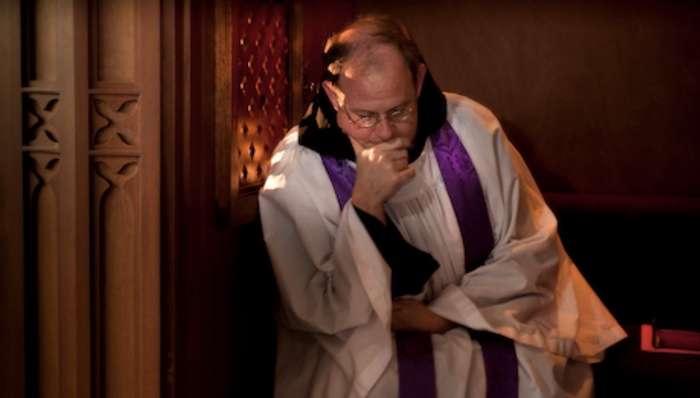 Fr. Bede Price, OSB, in a confessional at the Oratory of Ss. Gregory and Augustine

A bill introduced into the Vermont Senate last week would, in practice, break the sacred seal of the church confessional in cases of child abuse.

S16, sponsored by Judiciary Chair Sen. Richard Sears (D-Bennington), would “repeal the four-pronged exception that permits clergy to not report child abuse and neglect when it is received in confidence while acting as a spiritual advisor.” 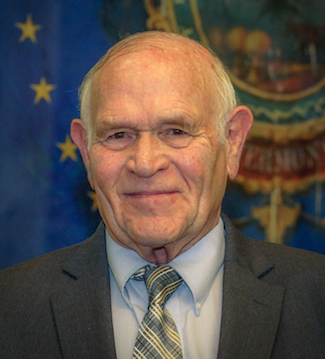 At present, virtually all other professions dealing with children must report to authorities incidents of child abuse communicated to them. However, Vermont state law 33 V.S.A. § 4913 provides a clergy exception for some types of communications. These exceptions would be removed under S16.

The bill was committed to Sears’ committee, Senate Judiciary. It is considered extremely likely to receive a committee hearing, which would include testimony from affected parties.

In press statements, Sears has said he realizes it’s a complex issue. But Sears — himself a former social worker with children – also told reporters, “My gut reaction is that nobody should get a free pass.”

Clergy reporting of child abuse is a matter for state law. Most states require clergy reporting in some, but not all, instances. For a state-by-state list see www.childwelfare.gov.

According to the Catholic Education Resource Center, the seal of the confessional cannot be violated for any reason. For a priest to do so is a crime against church law.

The sacramental seal is inviolable. Quoting Canon 983.1 of the Code of Canon Law, the Catechism states, “…It is a crime for a confessor in any way to betray a penitent by word or in any other manner or for any reason” (No. 2490). A priest, therefore, cannot break the seal to save his own life, to protect his good name, to refute a false accusation, to save the life of another, to aid the course of justice (like reporting a crime), or to avert a public calamity.

Among most Protestant clergy, no such absolute, inviolable seal exists, although confidentiality is generally considered a non-negotiable requirement between spiritually counselor and the counseled.

Supporters of repealing the clergy exemption say (like Sears) it promotes fairness among all professionals working with children. They also say it would help uncover hidden child abuse, both outside and inside religious instititutions. As the saying goes, “Sunlight is the best disinfectant.”

According to a Washington Examiner report, opponents of mandatory clergy reporting say it might: