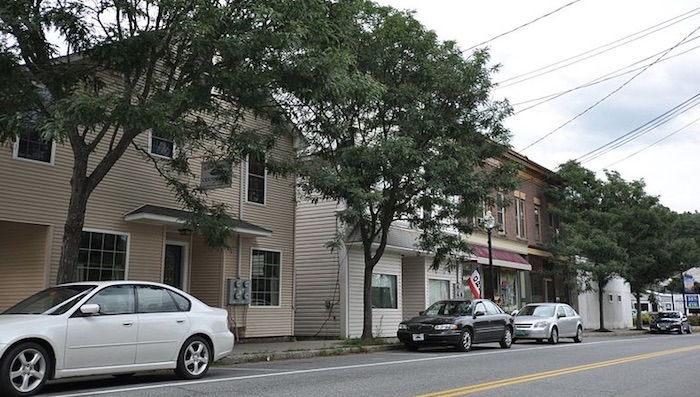 GOVERNMENT REGULATED HOUSING: Lawmakers passed a bill on Thursday that would create a statewide registry for tracking the safety status of rental units across the state.

The Vermont Senate approved a bill Thursday during the veto session that would create a new bureaucracy funded by landlords to track and regulate the safety standards for rental units statewide. The upper chamber also voted to override Gov. Phil Scott’s vetoes of noncitizen voting in Winooski and Montpelier.

The bill, S.79, takes what would otherwise be the role of municipal town health safety officers — inspecting rental units — and transfers such duties to the state.

Sen. Randy Brock, R-Franklin, had proposed an amendment to take the registry component out of the bill but it failed. The amendment stirred debate on whether the state or local municipalities are best suited for enforcing rental property standards.

“We have historically had a system that was locally controlled in those municipalities that have inspection systems,” Brock said during the morning session. ” … The registry, I believe, is heavy-handed, and I believe that it goes farther than what we need to do in a complaint-driven system. And [the amendment] simply says that the health officers that are charged with this responsibility with the municipalities simply have to do what they’ve been charged with doing.”

He continued that under the status quo, if the municipality can’t keep up with the work, then the state can step in.

Senate Majority Leader Alison Clarkson, D-Windsor, was among those to speak in favor of pushing this work to the state.

“This amendment keeps rental housing inspections with the town health officers leaving the responsibility, liability and costs with the towns, an unfunded mandate,” she said. “The legislature has sent already two working groups over the last decade to do studies on this issue, and the conclusion that each one has reached was that the system of volunteer town health officers doesn’t work effectively.”

According to ipropertymanagement.com, Vermont laws as they exist today require that landlords get one month after notice to take care of repairs.

“In Vermont, landlords are legally required to provide a habitable dwelling and must make requested repairs within 30 days of the request,” it states. “If they do not, then Vermont tenants have the right to make the repairs themselves and deduct the cost from future rental payments or withhold rent entirely.”

The same report states, “Landlords also have certain rights, such as the right to collect rent in a timely manner and the right to deduct for costs associated with damages that exceed normal wear and tear.”

“This is a new revolving loan program that will allow subsidies, no-interest loans to be forgiven to the home buyers in an effort to have those home sales go through,” Sen. Michael Sirotkin, D-Chittenden, said.

This will go next to the governor’s desk.

The Senate also approved H.157, a registration of contractors in the construction business that requires contractors follow “standards on construction projects and components of energy-efficient ‘green’ building for insulators, carpenters, and heating and ventilation installers.” The bill includes anti-fraud measures. This bill also is headed to the governor’s desk.