As explained in today’s Fuel Line, from the Vermont Fuel Dealers Association:

The Vermont Senate approved the Global Warming Solutions Act last night by a vote of 22 to 6. The measure, also known as the GWSA, subjects Vermont to costly lawsuits if specific climate goals are not met. In order to avoid being sued, a Climate Council comprised of nearly two dozen unelected people could put in place restrictions or bans on the combustion of fossil fuels. The GWSA bill is similar to the one that passed the House in February by a vote of 105-37. The difference between this version and the one that passed the House is that the $1 million set aside to design a Climate Action Plan has been stripped out. The Secretary of the Agency of Natural Resources testified that the state will have a “very low likelihood of success” without the funding. The House will now have to decide whether to concur with the Senate version and send to the Governor or to work out their differences.

The Vermont House of Representatives voted Wednesday, June 24 to create a process for new automatic pay raises to itself, rejecting an amendment to set aside for another day the discussion of legislative pay. 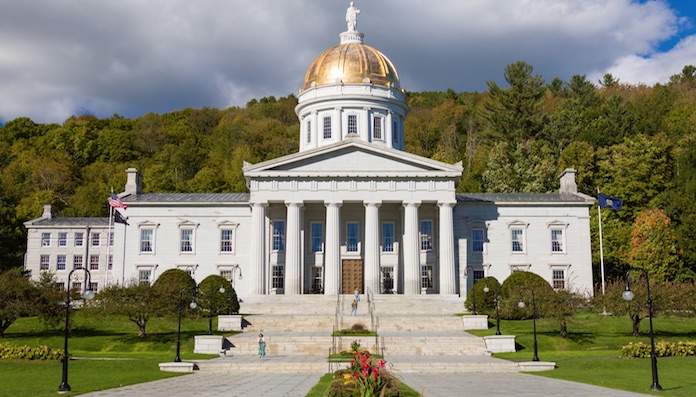 After the vote, a Republican lawmaker decried the decision to give the Legislature future pay raises during the current economic uncertainty, and a Progressive lawmaker defended the need for higher pay for legislators.

At issue was an amendment to H.961, the spending bill for the first three months of fiscal year 2021. It would in effect increase pay for lawmakers whenever other exempt state employees received increases, in addition to current COLA (cost-of-living-allowance) increases, beginning in fiscal year 2022.

“I believe there is a very valid debate about legislative pay, because we should not exclude potential candidates because it is unaffordable for them to serve,” Rep. Donahue said in an email Thursday. “We need to think about this issue — but it needs a broad, transparent debate, not something slipped into the Pay Act under our emergency functioning, which is so impaired.”

“And it certainly affected nothing, to take it out of the Q1 budget — there was no need to address this in any way now, unless one wanted to lock in future pay increases, in an action taken right now,” Donahue said. “ Voting to lock in higher percentage increases in future years is radically inappropriate during a time of economic crisis with many Vermonters losing jobs and facing economic losses.”

After Donahue’s amendment failed, the House recessed for an hour. Upon return it voted 82-61 in favor of the original plan lumping legislators’ future pay hikes in with other state employees.

Rep. Colburn, P-Burlington, explained her vote on the original plan as follows:

“Our current levels of legislative pay prevent so many Vermonters from serving here with us and prevent this body from fully reflecting the people of our state. I am happy to forgo a pay raise next year for myself, but if we truly want to make progress on issues of equity in the legislature, we can’t treat our service like a volunteer job. I support moving forward along the path this amendment sets out for us and hope we’ll take a serious look at the question of legislative pay in the future.”

Rep. Patti McCoy, R-Poultney, explained her vote on the original plan as follows:

“We should not change statutorily how we are going to be compensated now, during a pandemic and during record unemployment in our state. We in effect, will tie our pay to pay we ourselves negotiate for constitutional officers so we can, by default, give ourselves the same pay increase. This is not the time for a statutory change as to how we are paid. I vote no.”

In possibly tongue-in-cheek response to yesterday’s post describing how the Agency of Transportation decision to not remove most protest signs, paintings, and murals from Vermont roadways, some pro-life readers suggested possible subjects for permitted roadway “art.”

“Test this one out with Pro-Life chalk graffiti! or listing dead police officers. See how long they last.” – Ron, Chittenden County.

“How about, ‘Pray to End Abortion’?” – Tom, Washington County.

Other readers saw the new policy decision — made after consultation with the governor’s office — from other perspectives. Former Mendon Rep. Job Tate wrote: “I’d like to put this to the test with some of the oldest graffiti art in the world“ and included a photo of the ICHTHS “fish” symbol of Christ from the Roman era. “Incredible. The governor is enabling lawlessness,” Terry from Rutland County said. Pat from Washington County asked: “So, how does this square with the State’s ban on roadside billboards? Is it now okay for Holiday Inn to scribble ads on bridge abutments? That’s not profane, grotesque, or advocating illegal activity or violence. Boy I think they stepped in [manure], but let’s call it cologne.”