Editor’s note: This commentary is by Sen. Randy Brock, a Republican from Swanton who represents Franklin County and Alburgh in the Vermont Senate. He formerly served as Vermont state auditor and is completing his first book, “Bandits in the Boardroom: Lessons from America’s Greatest Corporate Frauds.”

If you remember the 1993 movie of the same name, you’ll recall the hapless hero played by Bill Murray who found himself trapped in an inescapable time loop. Every day he wakes up to live through a new day exactly the same as the day before. Nothing he does, nothing he says or how outrageously he behaves makes any difference.

Sometimes, people ask me what it’s like to serve in the Vermont State Senate. I tell them to recall “Groundhog Day.” 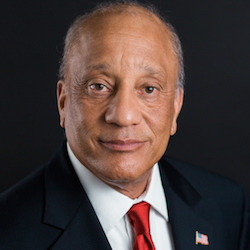 Every session, there are the bills introduced essentially to make everything free for everyone. There are the bills to solve the scourge of poverty by increasing taxes on the poor. There are the calls to reduce crime by freeing all the criminals from jail. There are the proposals to reduce health care costs by adding new and costly health care mandates. There are the cries to create more affordable housing by adding more regulations, registrations and restrictions on landlords, builders and developers. Then there are the stern warnings that the only cure for climate change is to make the existing climate so unpleasant that Vermonters will either freeze to death, go weatherization bankrupt, forgo all automobile travel (even to or from schools and grocery stores) or, as many do, move to Florida.

A look at issues facing the General Assembly year-in and year-out shows a striking similarity. There are always bills to “do something” about high property taxes. These always include alternative proposals to find new sources of revenue, alter the mix of funding sources or rearrange governance structures. Rarely do any of the measures address the real question that reducing cost demands reducing spending. Therein lies much of the problem. Our focus all too often is on how to increase revenues to cover projected cost. We rarely think about how to reduce cost. In Vermont’s version of “Groundhog Day,” spending less never seems to be on the agenda.

Raising the minimum wage and providing paid family leave have been recurring ideas. Few argue about the need to help low-income workers increase their pay and for helping everyone to provide time to bond with newborns, to cope with family illnesses and to deal with personal illnesses. But the question is how. Do we do it with increased taxes on an already over-taxed citizenry or do we look for alternatives?

Today fewer and fewer Vermonters depend on the minimum wage, which is $10.96, compared to $7.25 in neighboring New Hampshire. Increasingly, low unemployment and a critical shortage of workers for available jobs is already raising low-income wages above Vermont’s minimum. Many Vermont employers boast of their high starting wages. With a budget of over $50 million in federal and state funds, Vermont has a robust and growing focus on improving employee skills and income potential through workforce development programs, including internships, training, employer-employee linkage, targeted recruitment and more.

But the increase in the minimum wage demanded in pending legislation has a cost. What is the source of $121 million that this increase will cost by 2022? The answer, of course, is that the money must come from the pockets of Vermonters, through increased taxation and price increases on goods and services. And it is important to note that Vermont, as the second oldest state in the nation, is filled with seniors on fixed incomes who will not see one dime from a minimum wage hike.

Paid family leave in the bill recently vetoed by the governor would cost some $29 million per year in mandatory payroll taxes. Again, there are the same issues. The question is should we enact mandatory payroll taxes for a paid family leave program when thousands of low-income and part-time Vermonters will be forced to pay into a system from which they cannot collect? I introduced legislation to enact the voluntary paid leave program supported by the governor. Such a plan would allow those who want paid family leave to have it. This voluntary program, working with the new state employees’ paid family leave plan, would provide a large pool of members that could support an affordable choice for those Vermonters who want it — without adding yet another new tax.

Yes, every day in Montpelier does feel like Groundhog Day. But perhaps, we simply have to keep repeating it until, hopefully, we get it right.

Images courtesy of Wikimedia Commons/Anthony Quintano and state of Vermont