The following commentary is by state Sen. Corey Parent, R-Franklin.

Do you think the most wide-sweeping change to the Vermont Legislature should be rushed through in the first 72 hours of the legislative session? I don’t.

Let me back up. Over the few years, we’ve heard about the importance of protecting our democracy — across the nation, and right here in Vermont — from forces that cast doubt on our electoral processes. Under this sentiment, we’ve passed reforms that strengthen our democracy — like universal mail-in voting. I agree with these notions. 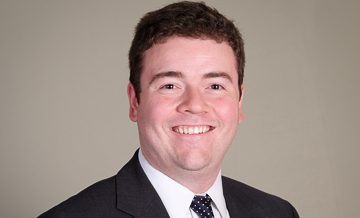 But now, the majority party in the Vermont Legislature has made it clear that they are only interested in protecting democracy when it is politically expedient for them. Otherwise, they are content with rushing major legislation without adequate testimony or time for proper vetting.

Right now, the Vermont House Committee on Government Operations is debating legislative apportionment — basically, how the legislative districts for representatives and senators will be drawn for the next decade.

The Committee was provided draft district lines from the tri-partisan apportionment board, a committee made up of Democrats, Republicans, and Progressives from across the state. The majority of the Board agreed to adopt single-member districts. Vermont is currently the only state in the nation that has multiple members per legislative district in both chambers, which other states have abandoned due to underrepresenting racial minorities. An estimated 75% of Vermonters support moving to single member districts.

The minority map is beneficial to the Democrats — who also happen to control the Government Operations Committee.

This unnecessarily rushed process would push through a poorly-vetted map without adequate public testimony in the first 72 hours of the legislative session. Currently, the committee is scheduled to take testimony from a single member of the Apportionment Board — a Democrat, who drew the minority map — and that’s it. No one else. No public comment. No time. Just quietly advancing the most significant legislative alteration in record time as Vermonters and the press are focused on COVID-19 and the Governor’s State of the State address.

This is outrageous — and directly conflicts with the notion of protecting democracy.

It reminds me of a similar situation from earlier in the pandemic. These same Democrat legislators pushed forth a universal mail-in voting bill — supported by myself and other Republicans — to expand access to the ballot box. But they only wanted the bill to apply to general elections, when higher turnout might help the Democrats. I suggested having the bill apply to all elections in Vermont — including town meeting and school budget votes—so as to truly advance democracy. If higher turnout is good for one election, why is it not beneficial for all elections held in Vermont?

It seems Vermont democracy is only worth protecting when it is in the interests of the majority party to do so.

Now, House majority leadership will say that they need to rush through an initial legislative apportionment bill this week in order to get input from Boards of Civil Authority (BCA) and other stakeholders around the state because the Apportionment Board was delayed. This is nonsense. First, the Apportionment Board approved the maps weeks ago — where has the Legislature been? Second, BCAs have already provided input on the majority-recommended map. Third, there’s nothing preventing the legislature from hearing public comment before they advance a plan rather than after they advance it. Fourth, if we’re going to rush it, isn’t it awfully odd that we need to rush it with the majority-rejected, Democrat-favored map? And finally, doesn’t this argument really just come down to “we need to skip public hearings now so we can hold public hearings later”?

Let’s stop the nonsense. We need to take the time to get this done right — not get it done quickly at the expense of deliberation. Democracy needs to be protected 100 percent of the time — not just when it’s politically advantageous to one party or another.