A recent study found that Black drivers are 4.4 times more likely to be stopped by police than white drivers in Shelburne, raising concerns among Shelburne selectboard members.

“Whether you agree with the study, it’s out there and the perception is that Shelburne targets BIPOC,” Justice of the Peace Cate Cross said, using an acronym for Black, Indigenous and People of Color. 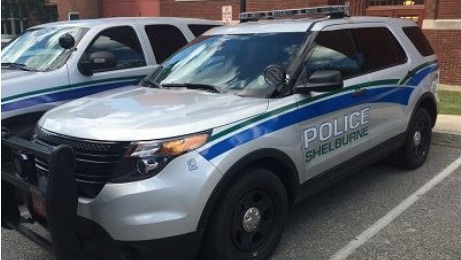 A new report makes the insinuation that the Shelburne Police Department is racist and targets people of color.

The selectboard on Feb. 9 allotted 20 minutes to talk about community policing and the race disparity in stops, although the conversation lasted longer than 30 minutes. Burlington basketball coach and community member Sam Jackson said that it was not enough time. Jackson leads the diversity training for the Shelburne Police Department.

“To me it’s just disrespectful to the issue,” Jackson said.

Selecboard meetings are scheduled to last for two hours, normally. Chair Jerry Storey commented on the time blocked off for the conversation.

“We try to economize as best we can and the discussion was intended as a start, not by any means a conclusion,” Storey said.

RELATED: Vermont condemned as racist by manipulation of statistics

Prior to Seguino’s report, the board cut the police department’s training budget from $12,000 to $6,000 for the next fiscal year.

“So, we have systemic problems, and you want cops and police officers to engage in training and look at our numbers [then] why are we cutting training by 50 percent?” Jackson said.

The board was tasked with creating a zero-growth budget for next fiscal year. “We had a very serious set of constraints on budget, many items were cut in many departments,” Storey said.

Board member Jaime Heins said that the board may need to revisit the 2020-2021 budget to reallocate dollars to meet training needs at the police department.

The Shelburne Police Department has been engaged in diversity and inclusion training since 2018, Jackson said. The training is three to four weeks throughout the year and consists of group exercises, as well as one-on-one work with Jackson. The trainings focus on anti-bias, reflecting on past practices, response to resistance, de-escalation and diversity and inclusion.

“Chief Noble is an all-in guy … Being a person of color, I can certainly tell you my level of trauma with law enforcement has been high … but for him to open his doors is a good sign for the community of Shelburne,” Jackson said.

Noble wrote in an email Feb. 11 that he felt the meeting was productive in that it started a difficult conversation surrounding race and how they police in Shelburne. “The study made us take a hard look at policies, training and how we can improve police services to the residents and people who visit Shelburne,” Noble wrote.

Jackson urged the board to work on diversifying all town departments, not just the police.

“We want to use the police department as a microcosm of the community,” Jackson said. “It’s easy to blame somebody else and not engage yourself.”

Jackson he was curious about the severity of violations each driver received after they were stopped.

Board member Mary Kehoe said, “Us white folks, we are implicitly racist. It’s not just the police, it’s all departments in government.”

On Feb. 23 the board is expected to meet with an advisory group who will provide ideas on how to strengthen diversity training across all town departments.

Dispatcher James Mack and several board members voiced concerns on the completeness of the data.

“The sample size is too small to come up with the conclusions the professor at UVM made,” Mack said.

Seguino said that there have been some negative reactions from police chiefs.

“They believe that the results are suggesting that they themselves are racist,” Seguino said. “We live in a culture that creates very negative racial stereotypes that influence all of us.”

The board invited Seguino to speak at the selectboard meeting on March 9.

9 thoughts on “Seguino does it again: Her study shows racial disparities in Shelburne traffic stops”