The House Appropriations Committee on Wednesday discussed the cost of S.15, a bill that would require Vermont to send live ballots to every voter on the statewide checklist with or without a request.

During the hearing, Secretary of State Jim Condos said the election system already needs millions of dollars for updates, with or without S.15.

“Going forward we have some major expenses coming,” he said. “Most of the tabulators that we have today — we have about 300 of them — are very much older, with 20-to-25-year-old operating systems. So we have that expense, which is going to be major.” 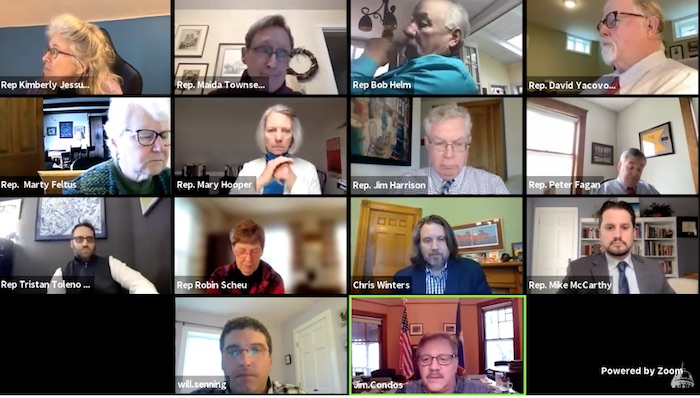 The total cost to implement S.15 is estimated at less than a million dollars. Under S.15, primary elections would continue to operate as they have in the past — voters can request mail-in ballots but will not receive them automatically. The bill leaves it up to smaller communities to choose to mail ballots out to everyone or not during small local elections. It would also would require that the Secretary of State’s office provide specialized drop boxes for communities that request one.

There will be $300,000 in the bill for outreach, to educate people about mail-in balloting. Radio and TV ads are expected to be a large portion of those costs. There will also be a $100,000 upgrade to the state’s online election management system.

In all the bill is estimated to require $800,000 in additional one-time taxpayer expenditures, plus additional costs afterward.

“The $800,000 is to be spent between now and until June, and then $2 million will be required to go forward from June on into the election cycle,” Condos said.

Condos’ office has several million dollars remaining in “HAVA” (Help America Vote Act) money. Those election security funds from the federal government have special conditions for use —  namely, for spending that benefits federal elections for president, senators and U.S. representative.

“[HAVA is] down to about $7 or $8 million, I believe,” Condos told the committee. “We expect in the next two to three years to eat up most of that money.”

Condos also wants S.15 to allow for a new staff position at the Secretary of State’s office — an assistant director of elections. He said the position could at least partially be covered by HAVA. “At least 50 percent, probably 75 percent” he said.

Rep. Mike McCarthy, D-St. Albans, noted that the goal of S.15 is to take a mail-in voting system that was set up for a pandemic emergency and make it the state’s voting system permanently.

“It will take what we all experienced last year in 2020 with the general election — being a universal vote-by-mail where we mailed a ballot to every active registered voter — [and] will make that the normal process in perpetuity moving forward,” he said.

Condos said in some states there have been efforts to centralize the counting of ballots, but added Vermont clerks don’t support that idea.

“The town clerks have been adamant that they don’t want that to happen — they want to maintain control of those ballots when they come back,” he said. “So there’s a push and pull, and we’re constantly working with the town clerks.”