Rural communities in Vermont could be receiving the financial help they need to address infrastructure needs. 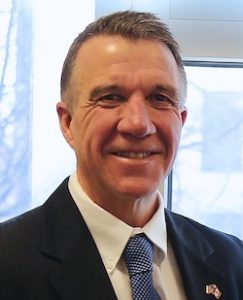 The program, which would be run by the Agency of Administration and is yet to take applications, Scott said, would help smaller communities who lack the necessary manpower and funding.

“Because many of these towns have small select boards with part-time clerks, they often rely on community volunteers to determine priority projects to submit applications,” Scott said. “And, if successful, they then try to manage them with all the reporting that comes along with it. They’re simply not equipped to deal with them like Burlington, Rutland, or Montpelier, who have full-time staff [used to] typically apply for and manage the grant funding.”

Scott said the Rural Assistance Program would help those communities in their efforts to acquire funding. He is also urging the General Assembly to take up the matter before passing the overall budget.

“I believe we need to make sure this is addressed now in the Budget Adjustment Act, because every week and month we’re delayed puts already disadvantaged communities at a further disadvantage,” Scott said. “And that’s what will happen if we wait until the big bill passes at the end of the session.”

The program will use funding from the American Rescue Plan Act’s State Fiscal Recovery Funds, Agency of Administration Deputy Secretary Douglas Farnham said. He said of the $1 billion in ARPA funding the state received, $400 million has been obligated as of Tuesday.

Farnham said that with the programs authorized over the last two years the state is moving forward and “we want to make sure that small towns have the fullest opportunity to participate in these programs.”

“We’re going to have rolling opportunities coming out constantly,” Farnham said. “The goal of this program is to help rural communities get prepared as soon as possible so they can participate in the program as we call it. It is not really a new program but is a method to get technical assistance out to those communities that need it the most.”

Farnham said the program will leverage existing infrastructure as the state works with regional planning commissions.

“I think this is an important mechanism to focus that support so that the types of programs that would be eligible and water quality infrastructure that is a basic need for many communities to move forward,” Farnham said.

Farnham went on to say that “not every project” will fit squarely into the program but would be “some projects” that are “very valuable to a community.”

One thought on “Scott: Vermont to use $3M to aid rural communities”