MONTPELIER, Vt. — Gov. Phil Scott promised not to raise new taxes or fees, especially for young Vermonters, but a new law requiring Vermonters to carry health insurance is set to impose new penalties on many residents of the state. 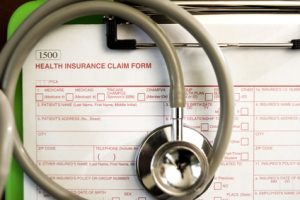 YOU MUST HAVE INSURANCE: Carrying health insurance used to be a free choice before Obamacare came along. Vermont’s leaders want to make sure it’s never a free choice again, and have passed a state individual mandate, blocking President Trump’s effort to repeal the penalty for those who forego health insurance.

When the Republican-led Congress passed tax reform last year, they ended the Obamacare individual mandate by setting the tax penalty to zero. Instead of paying medical bills with insurance, patients across the U.S. now have the option to forego rising insurance premiums and pay for health care when they receive service.

But on Monday Scott signed H.696 into law, essentially setting the stage to re-impose the Obamacare tax in some form to be determined by a future working group. The governor’s signature makes Vermont the third state to adopt an individual health insurance mandate, following Massachusetts and New Jersey.

In Vermont, implementing H.696 could involving a revival of the “Individual Health Effort Tax,” which was proposed in Vermont in 2005 at a rate of 1 percent of federal adjusted gross income. Republican Gov. Jim Douglas vetoed the measure.

Lawmakers created a working group to determine what the penalty will be and to issue its recommendations at the start of the 2019 legislative session.

As of this point Scott has made no official statement about signing the law. While “no new taxes or fees” has been a slogan of the governor’s campaign and administration, the individual mandate appears to represent a broken promise to Vermonters.

Since the inception of Obamacare, advocates have promised that forcing everyone into the insurance system would cause health insurance premiums to come down — healthy young people who don’t need much medical treatment would subsidize the care of chronically sick and elderly people. But health care premiums in 2017 rose an average of 25 percent over the prior year, and in one case jumped 116 percent.

Premiums have risen modestly in Vermont. This year the health insurance premiums from Blue Cross Blue Shield went up 9.2 percent, and MVP’s rates went up 3.5 percent.

Connecticut, which considered passing its own state health care mandate before it died in a committee, found that the poorest families are the ones who end up paying the mandate. In 2015, almost 60,000 families and individuals in the state paid the federal tax penalty for not having health insurance. Most of those filers reported incomes from $10,000 to $50,000, according to a report in the Connecticut Mirror.

Over in New Jersey, Gov. Phil Murphy this week signed a state health insurance mandate. As was the case in Connecticut, research showed that lower-income families were the ones who most often ended up paying the now-defunct IRS penalty — 78 percent of New Jersey households that paid the penalty made less than $50,000 a year, and 38 percent made under $25,000 a year.

The pattern holds for national numbers as well. Data shows that 79 percent of households that paid the penalty made less than $50,000 per year, and 37 percent made less $25,000.

Will the individual mandate be a tax?

While appearing on ABC News with George Stephanopoulos in 2009, President Barack Obama  made the argument in 2009 that the federal health insurance mandate was not a tax.

“Right now, everybody in America just about has to get auto insurance,” Obama said. “Nobody considers that a tax increase. People say to themselves that is a fair way to make sure that if you hit my car, that I’m not covering all the costs.”

But Stephanopoulos responded by reading the definition of a tax out of the Merriam-Webster dictionary, which defined tax as “a charge usually of money imposed by authority on persons or property for public purposes.” The Supreme Court also ruled in 2012 that the health care mandate constitutes a tax.

Despite the fight over semantics, Vermonters will soon face some kind of financial penalty for failure to carry insurance.