This week Gov. Phil Scott signed into law a health insurance mandate that does not include a penalty for those who don’t purchase health insurance. That’s good news for many Vermonters and health care sharing ministries.

The state can reach out to those who don’t purchase insurance, and attempt to convince them to opt in, but for now Vermonters aren’t forced to have insurance.

The ability to opt out could help some income-sensitive Vermonters who can still qualify for income-adjusted services from most medical providers.

Despite that win for health care freedom, Vermont’s Department of Financial Regulation has chosen not to allow Association Health Plans (AHPs). With such plans, workers from an industry or company can pool their money together for health insurance that reduces costs compared to what they would pay in the state’s Vermont Health Connect system. 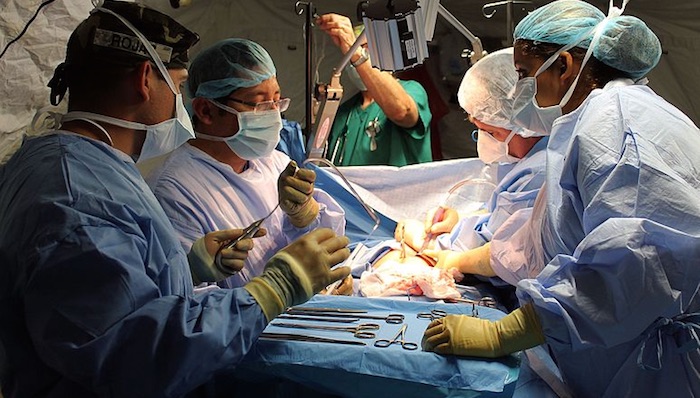 HEALTH INSURANCE STILL OPTIONAL: The long-anticipated health insurance mandate was signed by the governor without any penalty for those who choose to opt out of the state’s expensive Vermont Health Connect system.

Currently existing AHPs, including the Vermont Association of Chamber of Commerce Executives (VACCE) AHP, will be allowed to exist until the end of this year.

Last year the Trump Administration issued an executive order expanding AHPs to include individuals and small companies, whereas previously only large companies with over 100 employees could form special insurance arrangements. This development resulted in the creation of Vermont AHPs starting last fall.

In March, a federal district court struck down that executive order and now the Department of Labor is appealing that decision. For the time being, AHPs should not continue past the end of this year, meaning over 5,000 Vermonters will have to find something different or not use insurance.

State Rep. Jim Harrison, R-Chittenden, who during the legislative session offered a failed amendment to protect AHPs for one year, said the outcome is still uncertain.

“The reality is that since the session has adjourned, the Department of Financial Regulation has indicated that they are not going to renew Association Health Plans, so it may be a moot point,” he said. “But at least the legislature recognized that maybe it could continue for one more year.”

“Right now the federal executive order is tied up in the courts, so we were not sure at the end of the day if they were going to be allowed or not allowed,” he said, referencing a multi-state court challenge to the Trump administration’s AHP expansion.

Bill Moore, director of the Central Vermont Chamber of Commerce, said having AHPs expire next year is a tough deal for Vermonters who use them.

“It’s unbelievable. Everybody is screaming and yelling for affordable health care. The benefits were created, they became available, they were very competitively priced,” he said. “It’s not like it was the difference between paying a dollar and ten cents. They were a little bit below the rates of the [Vermont Health Connect] exchange but not much though, and they were also much more comprehensive programs than what is on the exchange.”

Another health-insurance alternative facing uncertainty in Vermont are programs called health sharing ministries. Like AHPs, these religious-based groups form their own pool of finances together to cover health expenses separately from the Vermont Health Connect system.

According to Harrison, these programs will continue to serve Vermonters even though the state does not recognize them as legitimate health insurance.

“The federal government recognizes them as insurance; the state through that legislation does not. If there was a penalty, then it would have been an issue for them,” he said.

“Samaritan Ministries celebrates the fact that all patients have the right to make their own choices and experience freedom in health care,” she said. “We appreciate that this will continue in Vermont.”

She reiterated that health care sharing is not insurance, which is part of its appeal.

“While misconceptions between insurance and health care sharing exist among those who are not Samaritan members, the media, medical professionals and even insurance industry insiders, Samaritan Ministries makes a concerted effort to communicate and emphasize that this is a health care model where Christians commit to helping one another with medical expenses through voluntary giving, prayer, support, and encouragement.

“As $1.5 billion in medical needs has been shared among Samaritan’s 270,000 individual members over a decade, they have been overjoyed to find that their needs are not only met financially, but spiritually and emotionally as well. That in itself is a huge differentiator from any other method of meeting health care needs.”

Harrison said at the end of the day, the bill still serves some purpose because of the studies that it calls for.

“I don’t think any damage was done with the bill and there is the potential upside of a positive outcome if we get information that may lead us in a direction of perhaps lower price insurance,” he said. “We won’t know that until we look at some of these things.

“I think at the end of the day there’s a net positive to the bill.”

Images courtesy of U.S. Navy and U.S. Department of Defense