The Democratic candidate for governor and an outspoken progressive columnist have chastised Gov. Phil Scott for his veto of H.728, which includes money to study “safe injection sites” for opioid users.

So-called safe injection are popular in progressive cities (like New York) because they establish police-free zones for opioid injection. Supporters say they reduce overdoses among their users. Opponents say their overall impact on reducing overdoses is less clear, and are a ‘foot in the door’ for legalizing possession and sale of hard drugs.

The bill orders further study (not actual funding of) safe injection sites. But that’s a bridge too far for Scott, who explained his veto to the Legislature:

“We are all aware the pandemic has had negative impacts on the mental health of Vermonters. This includes concerning increases in drug and alcohol addiction, overdose deaths and suicides.

“Prior to the pandemic, Vermont was making progress treating opioid addiction with our groundbreaking “hub-and-spoke” treatment system and medically assisted treatment of our corrections populations.

“We also utilize harm reduction strategies, including syringe programs, distribution of Narcan, fentanyl test strips and comprehensive community education. These are proven, evidence-based approaches to saving lives but we must also continue to focus on preventing addiction in the first place and supporting people through treatment and recovery.

“Unfortunately, this bill proposes to shift state policy and financial resources away from prevention and toward unproven strategies such as overdose prevention sites. It’s important to note that what little data exists on this approach is for sites located in large cities, so it’s not applicable to the vast majority of Vermont. Last year, I signed the experimental decriminalization of buprenorphine and am now waiting for the data to show if this had a positive impact on addiction or overdose rates in our state. I believe it’s important to analyze this data before moving to another experimental strategy.” 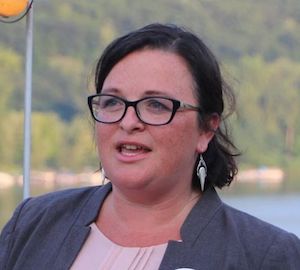 “For the third time this year the Governor vetoed a good drug policy bill,” Siegel said. “This one would have expanded access to rapid treatment and saved lives. It was vetoed because it created an actionable study and he did not want to consider or learn more about a subject that makes him uncomfortable. That is not responsible governance.”

“To continuously veto bills based on failing drug war beliefs is harmful to our state and our communities. What we know is that harm reduction decreases death, use and potency of substances  While criminalization increases use, death and potency of substance. This is not experimental, it is data, it is science and it works,” Siegel said.

“Howard Dean … amassed his 20 vetoes in 11 years. It’s taken Scott less than six years to rack up 35,” Walters fumed in his self-published The Vermont Political Observer. “I suspect that Scott’s true motivation is antipathy toward safe injection sites. If his people do a study, it might show that the idea has merit. That’d make it tougher to hold a hard line while retaining his fig leaf of moderation.”