This commentary is by Lisa Schiffren, a senior fellow at the Independent Women’s Forum.

On Friday night Jews will celebrate Passover with a holiday meal that requires both the absence of all food made from leavened grains and the recitation of the story of the Jewish Exodus from slavery in Egypt, as laid out in the Haggadah.

Jews are commanded to tell this story, year in, year out, to all who gather, but especially to our children, who are supposed to come away understanding that God himself arranged for the Exodus from slavery in Egypt, for that generation — and for us, too. 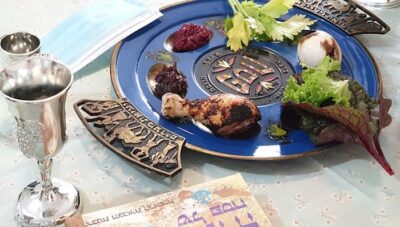 The Old Testament Book of Exodus spends much more time telling the story of how the Jews got out of slavery than how they got into it. That is fitting, of course, because historically slavery is one of those states, like poverty, that occur naturally. Freedom, on the other hand, requires great effort.

Of course we Americans are not slaves. Though we may be closer than ever to losing what remains of our freedom to encroaching tyranny. The mandates and lockdowns during the recent COVID-19 “pandemic,” would suggest that our rights are not as stable as we believed. This is a moment for great vigilance. Because there is no sea to cross, or new land to settle. And I wouldn’t count on plagues and extraterrestrial help.

So, how does a tribe get out of slavery? For one thing, you need a leader. Moses, who was selected for the job by God, wasn’t so interested. With prompting, he accepted the role. An interesting model.

The Seder reminds us that it is critical to define and celebrate liberation — and to know what it was for. After escaping, some skeptical Jews felt that freedom was a burden. How were they going to get where they were going with no food or water? Surely slavery was better than death? Because the Jews were under God’s protection, the food and water issues were solved. Defining their own future was as arduous as it always is for humans.

What did the Jews do with their freedom? Why, they signed up to obey God’s laws. According to Jewish tradition, when God called Moses up to the top of Mt. Sinai he gave him the whole of the oral law, not just the 10 Commandments. These laws create obligations. They create community. They order life and provide something to argue about, something to obey or rebel against. For Jews, philosophy comes from the law.

Almost six thousand years later, Jews remain extant in the world, because of those laws. The celebration of freedom is a central pillar of Jewish identity. As it is for Americans. But in both cases what came next, the Torah or the Declaration/Constitution, are the formative documents.

This is why American children need to know the Founding. What happened? Who led? The greatness of George Washington and others should be celebrated, not repressed. We need civics back, perhaps in the time periods allotted to sex education.

For Americans who have watched the weakening of the rule of law here at home, the obligation to tell, and to hear the Passover story is a useful warning. Without our Constitution, our ways, institutions and freedom itself are at risk.