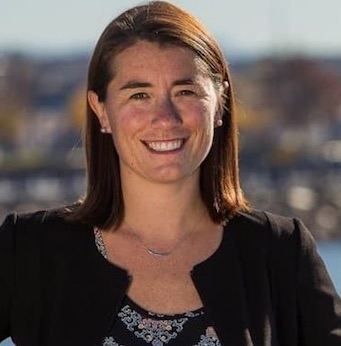 “The folks committing the crime have no ability to make restitution. It may ultimately come out of taxes, or something. Other jurisdictions have imposed or created units that will give money back without relying on the person charged. I’m not sure how that would work here, but I think something like that should be helpful … the businesses should be made whole.”

“There needs to be a restitution order in place,” Kenney said. “Unfortunately, a lot of these people don’t have the resources to pay that order. I agree there needs to be a statutory change, and perhaps some sort of program that the state should run.”

Gov. Phil Scott seemed nonplussed at the suggestion that taxpayers should pick up the tab. At his press conference last week, Vermont Daily Chronicle asked: In a recent candidate forum for Chittenden County State’s Attorney, both candidates seemed open to reimbursing retailers for retail tax losses from sources other than the shoplifters, most of whom are indigent drug users. What do you think of the idea of using any state or local government money to make good shoplifting losses?

“It sounds a bit like a slippery slope,” Scott said. “I’ve never contemplated that. Where do you stop? Is it the obligation of the state to provide for, let’s say, someone stealing catalytic converters at some dealership, which I just saw on the news this morning? Would that be the responsibility of the state to reimburse that dealership? Where does it stop, is my point.

“I have a great deal of sympathy for retail theft in particular. It doesn’t seem as though we’re prosecuting many of those, and it may be just because of prioritization,” Scott said. “Is the answer the state or the municipality getting involved in reimbursement? I just haven’t ever contemplated that.”

Retail theft is conducted both on an individual basis, and also by highly organized criminal operations. Nationwide, retail theft is a $69 billion illegal industry. A January 2022 IRS news report describes one such southeastern U.S. ring:

A ring of “boosters” netted $4.5 million from the sale of stolen merchandise and over-the-counter products to fencing organizations outside of Oklahoma. “Fences” then sold the stolen products through e-commerce sites, like eBay and Amazon.

Normally, fences paid the booster chief half the market value for each item, who, in turn, paid boosters half of her expected profit for each item they brought to her. Financial payments for stolen products were normally made through PayPal, Venmo, and Cash App, and some payments were made with drugs.

The booster chief provided her boosters with a detailed list of items to steal and the pricing she would pay for each. She further instructed her ring on boosting techniques, including box stuffing. Box stuffing occurs when criminals conceal higher-value items inside lower-value item boxes and only paying for the lower-valued items.

Been and her team of boosters allegedly stole products from retailers in Oklahoma, Kansas, Texas, Missouri, Arkansas, and Colorado. Been would pay boosters’ expenses when they traveled outside the state. She would further pay boosters’ bond when arrested so they could continue boosting.