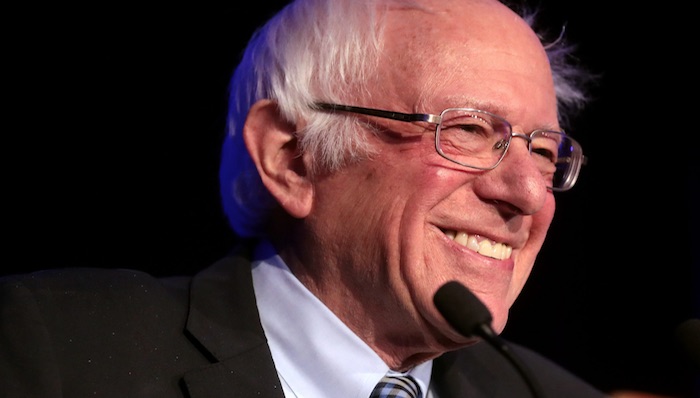 Bernie Sanders solidified his status Saturday as the front runner in the Democratic primary for U.S. president with a decisive win in Nevada’s caucuses.

The U.S. senator from Vermont more than doubled his competitors vote totals in unofficial and early returns reported late Saturday, winning more than 45 percent of the vote.

Former Vice President Joe Biden was in second with about 21 percent of the vote according to early returns. Former Sooth Bend, Ind., Mayor Pete Buttigieg was at about 15 percent with U.S. Sen. Elizabeth Warren a distant fourth with about 10 percent.

“In Nevada, and in New Hampshire and in Iowa, what we showed is that our volunteers are prepared to knock on hundreds and hundreds of thousands of doors,” Sanders said in declaring an early victory. “That no campaign has a grassroots movement like we do, which is another reason why we’re going to win this election.”

Sanders — a democratic socialist who supports taxpayer-funded Medicare for All including the elimination of private health care plans; tuition-free college including the elimination of all college debt; and the Green New Deal — appeared to solidify his base in Nevada, not only appealing to younger, more liberal voters but also with voters ages 45 to 64, Hispanics and those with college degrees, according to exit polling.

Next up is South Carolina on Feb. 29, followed by Super Tuesday on March 3, when 14 states hold presidential primaries, including Colorado, North Carolina, Tennessee, Virginia and Texas, where Sanders pledged a win.

“Don’t tell anybody, I don’t want to get them nervous,” Sanders said. “We’re going to win the Democratic primary in Texas.”

The winner of the Democratic presidential primary will face President Donald Trump in November.