By Derek Draplin | The Center Square

A self-described democratic socialist, Sanders claimed 36.2 percent of the vote with 77 percent of Colorado precincts reporting. Billionaire Michael Bloomberg was in second with 23.2 percent. He was followed by former Vice President Joe Biden with 20.9 percent. U.S. Sen Elizabeth Warren, D-Mass., was in fourth with 16.9 percent. 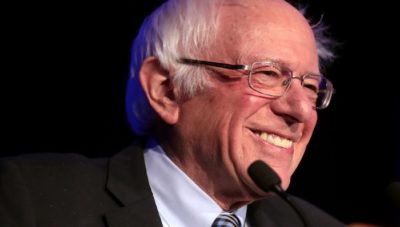 Though Biden was winning in more Super Tuesday states, Biden told supporters Tuesday night that he would win the nomination and beat President Donald Trump in November.

Polling of Democrats in the state done the week prior to the primary election showed Sanders leading with 27 percent of the vote, followed by Warren (15 percent), and Bloomberg and Biden (both with 11 percent). Pete Buttigieg had 12 percent in the poll, but the former South Bend, Ind. mayor dropped out of the race on Sunday.

Colorado will split 67 pledged delegates among candidates who finish with at least 15 percent of the vote.

As of early Wednesday morning, the Associated Press, Fox News, and other news outlets reported that Sanders will win the California primary. With its 415 pledged delegates, California has more delegates than any other state.

According to the The New York Times, Sanders garnered around 33% of the vote. Former Vice President Joe Biden came in second with about 24% of the vote, and Michael Bloomberg placed third with almost 15 percent of the vote.

The results of Super Tuesday show Sanders and Biden in a tight race. While Biden swept the South and most of the Northeast, Sanders won big in California, Colorado, Vermont and Utah.

Biden, in an unexpected surge, has taken Alabama, Tennessee, Virginia, North Carolina, Oklahoma, Arkansas, Minnesota, and Massachusetts — and he may pull out a narrow victory in Maine.